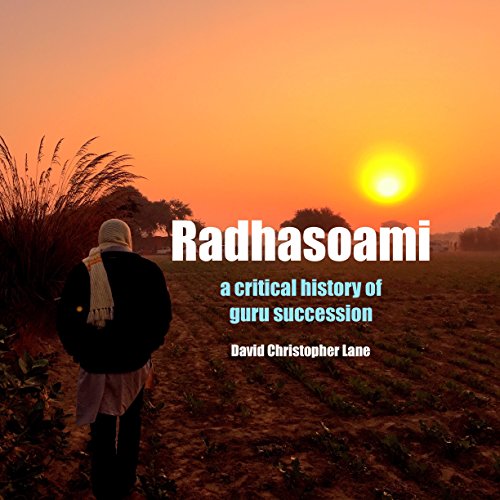 By: David Christopher Lane
Narrated by: Paul Stefano
Try for $0.00

Presents a critical overview of guru succession in the Radhasoami tradition from its inception in the mid-1850s up until early 1991. Provides vital information for anyone interested in the politics behind guru succession in general. Includes extensive notes and an exhaustive bibliography. Focuses specifically on the development of gurus in the Agra and Beas' branches and includes information on lesser known gurus and movements, including Faqir Chand and Manavta Mandir. Central Issue: On August 24, 1974, Kirpal Singh, a renowned guru of surat shabd yoga and founder of Ruhani Satsang, died at the age of 80. His death caused an intense succession dispute amongst his thousands of followers that has yet to be mended. Eventually a number of factions developed, each following a different successor. Although most of Kirpal Singh's followers rallied around Darshan Singh, Kirpal's son, others paid allegiance to either Thakar Singh of Delhi or Ajaib Singh of Rajasthan. The interesting sociological question that confronts us here is how each successor to Kirpal Singh legitimized his role. That is, what type of ideological strategy did these would-be gurus develop in order to solidify their constituencies? Further, what were the social and historical factors that influenced or constrained their rhetoric? To properly address and answer these questions necessitates a fairly comprehensive overview of the social context in which these yoga gurus live and teach. Thus, this study begins with a historical overview of Sant mat and Radhasoami in general. And secondly, I have focused on the specific guru lineage that preceded Kirpal Singh and his successors.

What listeners say about Radhasoami