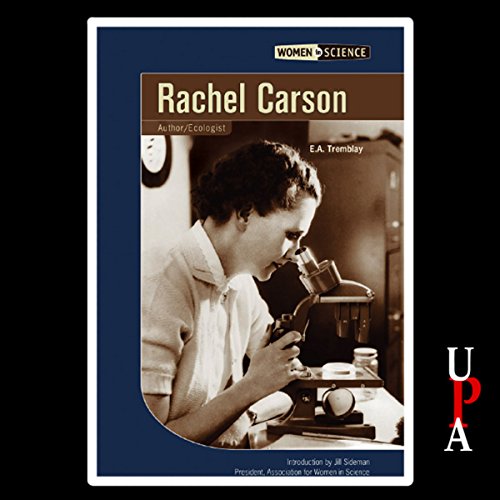 By: E.A. Tremblay
Narrated by: Kym Dakin-Neal
Free with a 30-day trial

Rachel Carson is called the mother of the modern ecological movement, bringing the importance of environmental conservation to the public's attention. She was a nature lover since childhood. As an adult, she became a marine biologist and wrote award-winning books about the ocean, capturing the imagination of her readers with her poetic descriptions of the sea and its inhabitants. But it was her book Silent Spring that thrust Carson and the hazards of using pesticides into the national consciousness. Silent Spring sounded the alarm about the threat chemical pesticides posed to wildlife and made people sensitive to the ways they impacted the earth. Carson - and her book - are often credited with inspiring the modern environmental movement. Rachel Carson shows how this writer was able to bring national attention to a growing environmental crisis. The book is published by Chelsea House Publishers, a leading publisher of educational material.

What listeners say about Rachel Carson