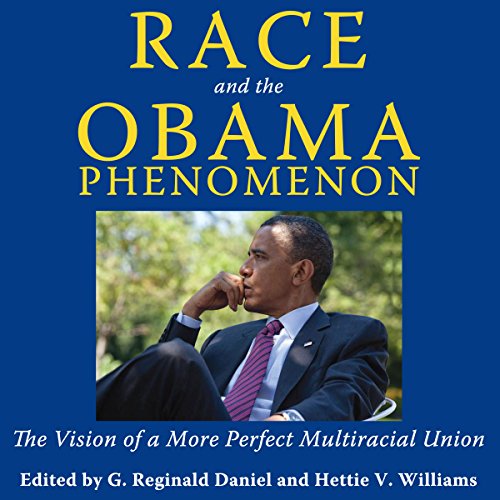 Race and the Obama Phenomenon

The concept of a more perfect union remains a constant theme in the political rhetoric of Barack Obama. From his now historic race speech to his second victory speech delivered on November 7, 2012, that striving is evident. "Tonight, more than two hundred years after a former colony won the right to determine its own destiny, the task of perfecting our union moves forward," stated the 44th president of the United States upon securing a second term in office after a hard fought political contest. Obama borrows this rhetoric from the founding documents of the United States set forth in the US Constitution and in Abraham Lincoln's Gettysburg Address.

How naive or realistic is Obama's vision of a more perfect American union that brings together people across racial, class, and political lines? How can this vision of a more inclusive America be realized in a society that remains racist at its core? These essays seek answers to these complicated questions by examining the 2008 and 2012 elections as well as the events of President Obama's first term. Written by preeminent race scholars from multiple disciplines, the volume brings together competing perspectives on race, gender, and the historic significance of Obama's election and reelection. The president heralded in his November 2012 acceptance speech, "The idea that if you're willing to work hard, it doesn't matter who you are, or where you come from, or what you look like... whether you're black or white, Hispanic or Asian or Native American." These essayists argue the truth of that statement and assess whether America has made any progress toward that vision.

What listeners say about Race and the Obama Phenomenon