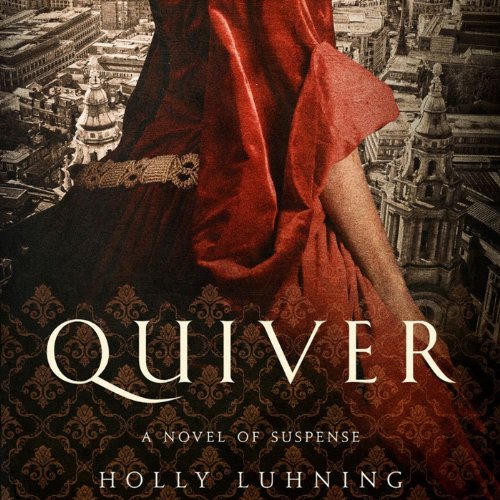 By: Holly Luhning
Narrated by: Jennifer Wiltsie
Try for $0.00

In sixteenth-century Hungary, Countess Elizabeth Bathory began to torture and kill over 600 servant girls so as to bathe in their blood. She believed this practice would render her beauty immortal; it certainly did her reputation.

Quiver tells the chilling story of the notorious Countess Bathory and her undying power to enthrall. Danica, a young forensic psychologist, is one of many who have been drawn into the orbit of Bathory's enduring legend. Danica has moved to England from Canada to work at Stowmoor, a former insane asylum turned forensic hospital, and one of her patients is Martin Foster, imprisoned for murdering a fourteen-year-old girl.

Foster is a menacing but fascinating patient, and Danica begins to suspect he may have belonged to a cabal idolizing Bathory and reenacting her savage murders. At the same time, Danica receives a mysterious note from Maria, a seductive archivist who moves in glamorous circles and with whom Danica has an intriguing and complicated past.

Maria claims she has discovered Bathory's long-lost diaries, which chronicle her spectacularly bloody crimes, and as Danica's career and her relationship with her artist-boyfriend, Henry, begin to break down, Maria increasingly insinuates herself into her life. Soon, Danica is in too deep to notice that Maria's motivations are far from selfless, and that, in fact, they may just cost Danica her life.

What listeners say about Quiver

Eerily sneaks up on you, gripping read

wonderful description of the failings of the psychological profession. does a good job of balancing out just enough normality with just enough for shadowing of events ahead. wish it was longer.

This is a heart of darkness kind of book. It's about Elizabeth Bathory, and she is a nasty piece of business in any century. It's also a very interesting look at psychopaths without saying it's about them. It was a compelling read but I could see the end chapters away and that was a disappointment. It''s also terribly graphic. I would say it's pg35 (No. I wouldn't hand it to someone in their irresponsible tweens.)

Awesome Narrator, Story not as awesome but ok

Jennifer Wiltsie did a fantastic job narrating this story. The story itself one must suspend belief that the main character can be so gullible but then some stories I read in the news about people make me think it's probably possible she could let herself be strung along.
I think many people would enjoy this book especially with the great narration. I did listen to the end without regrets that I had purchased it but it's one of those books that as soon as it was done I was beginning to forget what it was about.