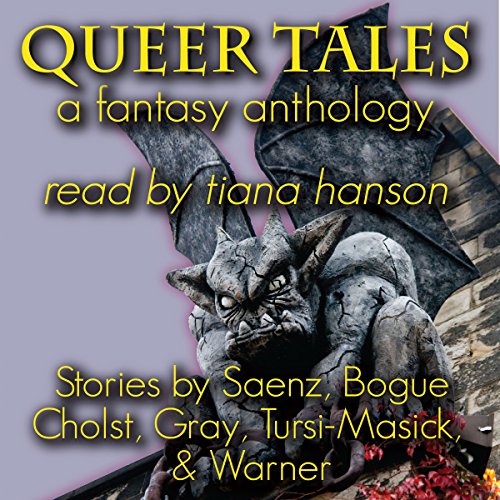 Queer Tales: A Fantasy Anthology brings you six original short stories, each individually written by fresh new authors from around the world. It's gay short story fiction with a fantasy twist!

"Revelation" by Eric Bogue - The child of two golden age superheroes comes out of hiding to avenge his parents' deaths.

"The Inconstant Star" by Ceci Cholst - A celestial star takes human form to be with the woman she loves.

"The Private Diary of Perfectman's Chum, Billy Maslin" by Martin Gray - A newspaper photographer meets the local superhero and falls in love, but not all is as it seems.

"New Moon Rising" by Peter Saenz - A novice witch is on the run from his coven in a last ditch attempt at freedom.

"Gods of Midtown" by Robbie Tursi-Masick - A mortal man's life is put in peril as ancient gods try to reclaim their dominance.

"I Kissed a Ghoul (and I Liked It)" by David Warner - A ghoul retells the story of his creation, and teaches listeners why you should never call him a zombie.