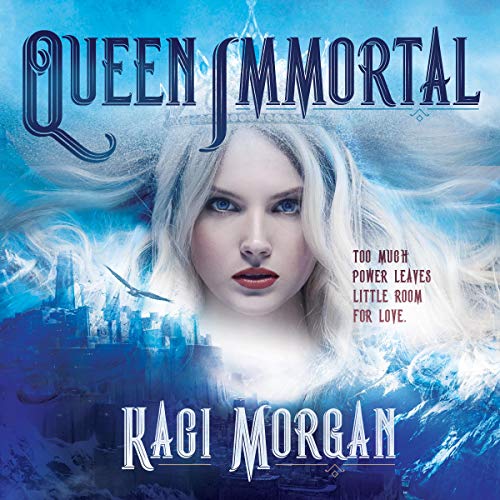 By: Kaci Morgan
Narrated by: Elizabeth Klett
Try for $0.00

Queen Beza is a woman untouched by those around her. Immortal as she might be, she hasn’t yet learned the art of loving anything other than her crown. For more than 300 years, she perfects being cold, hard, and relentless, refusing to let her walls down for anyone.

After an attempt is made on her life, she is led down a path of darkness, deceit, and betrayal, uncovering secrets along the way that were never meant to be uncovered. With her lead guardsman attempting to break through the ice surrounding her heart and a peasant woman who unveils the likelihood that Beza may not be the sole heir to the throne, Beza delves deeper into suspicion, isolating herself further.

Now, she must search for a brother she never knew, convinced he is after her title. In her quest to find the truth and defend her nation against forces both seen and unseen, Beza’s greatest ally may be her heart. But can she learn to trust those closest to her before she loses her queendom, her chance to love again, and most importantly, her life?

An enticing fantasy by debut author Kaci Morgan, Queen Immortal explores the lengths one woman will go to secure her power and status, even at the cost of all she should hold dear.

What listeners say about Queen Immortal

Everything a Fantasy Fiction Novel Should Be

Once Kaci Morgan whisked my imagination away to the world of Sonal, I was riveted until the end and left anxiously anticipating the release of her sequel. The characters were well developed, the story line was intriguing, the suspense and romance kept me tuned in and the performance of the narrator felt regal and timeless.

I highly recommend Queen Immortal to fantasy-fiction lovers and all audiobook-worms like myself.

The land of Queen Beza is full of mystery and enchantment. The author did such an amazing job of creating such a beautiful back drop for such an intriguing story line. Full of plot twists and colorful characters. The narrator’s work of bringing the characters to life was outstanding. Looking forward to the next book in this series!