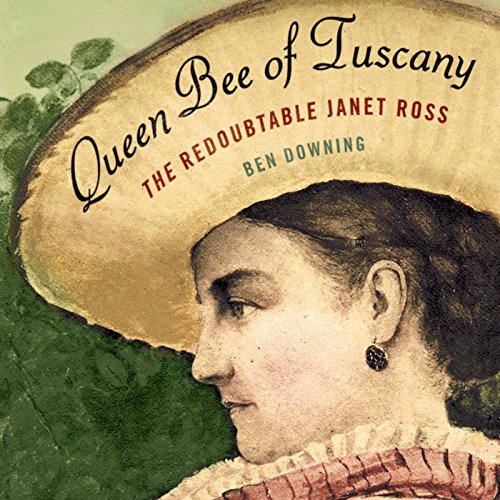 Ben Downing’s Queen Bee of Tuscany brings an extraordinary Victorian back to life. Born into a distinguished intellectual family and raised among luminaries such as Dickens and Thackeray, Janet Ross married at 18 and went to live in Egypt. There, for the next six years, she wrote for the London Times, hobnobbed with the developer of the Suez Canal, and humiliated pashas in horse races. In 1867 she moved to Florence, Italy, where she spent the remaining 60 years of her life writing a series of books and hosting a colorful miscellany of friends and neighbors, from Mark Twain to Bernard Berenson, at Poggio Gherardo, her house in the hills above the city. Eventually she became the acknowledged doyenne of the Anglo-Florentine colony, as it was known. Yet she was also immersed in the rural life of Tuscany: An avid agriculturalist, she closely supervised the farms on her estate and the sharecroppers who worked them, often pitching in on grape and olive harvests. Spirited, erudite, and supremely well-connected, Ross was one of the most dynamic women of her day. Her life offers a fascinating window on fascinating times, from the Risorgimento to the rise of fascism.

Encompassing all this rich history, Queen Bee of Tuscany is a panoramic portrait of an age, a family, and our evolving love affair with Tuscany.

What disappointed you about Queen Bee of Tuscany?

After an interesting start this began to read like a cross between a Who's Who of early Bloomsbury and somebody's PH.D thesis. Also the narrator rather is disconcertingly bad at pronunciation, which is quite off-putting.

Has Queen Bee of Tuscany put you off other books in this genre?