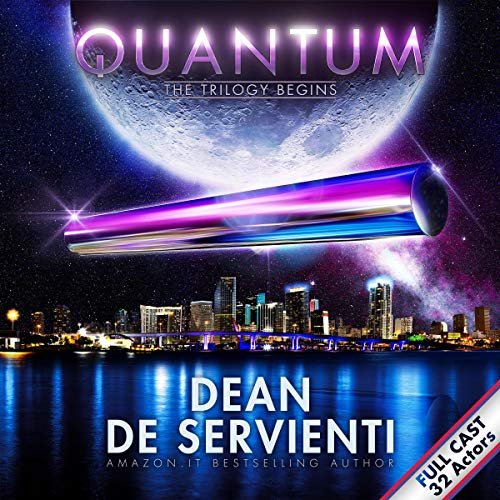 Darfur, Sudan. 2009. Two doctors employed by NGOs stumble across a strange metallic cylinder, which has been embedded for perhaps millions of years in desert rock. Mystified by the object, they gather four of the world’s leading experts in science and technology a computer scientist, a physicist, a biochemist, and a genetic researcher and head to London to study it thoroughly. The six have barely begun running tests on the cylinder, when they suddenly disappear telling family members not to go looking for them. But word about the discovery has gotten out and for these six civilians, it might already be too late.

Mossad, the Israeli national intelligence agency, has been instructed to recover the mysteriously powerful object at any cost even if that means eliminating the scientists. Hot on Mossad’s trail is the CIA, determined to chase down the fugitives first, no matter the consequences. As the noose tightens, the six scramble to figure out the what the cylinder is and who built it ultimately revealing a dramatic truth that could change the world forever.

A fast-paced, globe-trotting thriller that asks the listener to consider the earth’s very origins, Quantum is the first novel in a three-book series. The novel ranked first on Amazon in 2013 in the 100 best-selling ebook category.

What listeners say about Quantum

Dean shows such mastery of his craft

A Compelling and Expansive Journey thru the mechanics of Quantum Physics, A must read for anyone looking to broaden their mind. A detailed study spun around an immersive story line

Science-Fiction is not a typical genre for me, but De Servienti’s brilliant realistic storytelling and references to familiar places kept me hooked from start to finish. I enjoyed the insights into physics and the expansiveness of the Quantum story. Can’t wait for the sequel!

This is probably the best audiobook experience I have ever had! I am used to listening to audiobooks with a single narrator so was blown away when I started listening to this and heard a full cast. Makes normal audiobooks slightly dull by comparison.

I am still only halfway through listening but am thoroughly enjoying this one, the story is captivating and it is hard to press pause. The full cast really brings it alive and makes for an immersive experience. I highly recommend.

Once I started listening I just couldn’t stop, got completely hooked by the plot and the astonishing performance. Definitely suited for a series. I am eagerly waiting for the second installment.

Would be awesome movie!!

It was like actually watching movie in my head! Love the different voices reading the book. So refreshing and real! The story is amazing and keeps your interest from the first page to the last. Best book I have read/heard in quite a while. Definitely a favorite.

Definitely full cast audiobook like this one make the difference! I enjoyed thoroughly, like it were a tv series. Great plot, great voices, great special effects! Next step Netflix?