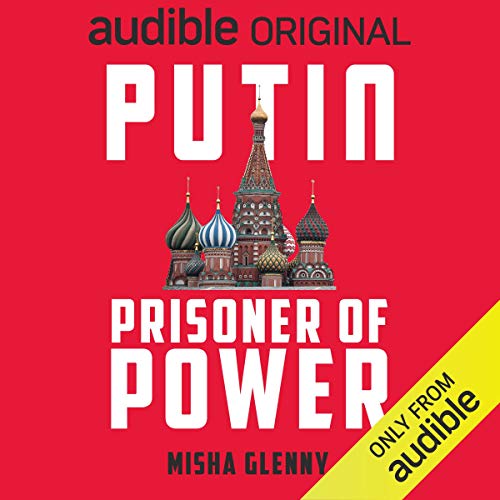 On New Year’s Eve 1999, a young Vladimir Putin appeared on Russian TV screens - awkward, self-conscious...and the new President. Two decades later, Putin is still in power, standing self-assured and at ease on the world stage. How did a once little known KGB bureaucrat become one of the most dominant figures of 21st-century politics?

In this gripping narrative history, Misha Glenny, journalist and best-selling author of McMafia, tells the story of an unexpected and swift rise to power - one full of political intrigue, backroom deals, courtroom battles and war.

Insider Kremlin accounts and well-known journalists reveal how Putin was first chosen by Yeltsin and the Oligarchy and how he then went head to head with Russia’s richest man. After Putin had consolidated power he needed to stay in power. The second half of the series tells the story of how he took over the media and Crimea and increased the powers of the KGB. Finally, Misha considers what Putin might do next. 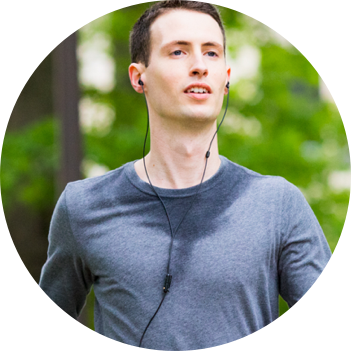 More than the man that meets the eye
"Vladimir Putin has quickly become one of the most fascinating figures on the world stage. Dangerous, powerful, enigmatic, and oppressively omnipresent, yet reserved and nearly impervious, he is a nearly impossible person to understand from afar. But as one of the modern world’s longest serving leaders (20 years and counting), he has changed. Not necessarily for the better, but his growth is fascinating for what it reveals of the machinations that have made him into more than just a powerful man, but a symbol of Russian Oligarchy. This biopic is a riveting recording, delivered in podcast style. It’s truly captivating for what it reveals about the highest levels of Russian government, but it also explores human nature perverted by power, our modern media experience, and political maneuverings that astonish with their pure Machiavellian and brutal instinct."
—Michael D., Audible Editor

What listeners say about Putin: Prisoner of Power

this presentation was loaded with information that I never knew. I recommend this to anyone with an interest in Russia and the current political power. especially how it affects United States.

And to think I was waiting for this book ...

While I was looking forward to this book, I had what I think could be fairly be described as reasonable expectations - I was anticipating a book that described what the title promises, an analysis of what makes Putin tick, how he got to where he is, and what environment he operates within. What a letdown. The book rambles on interminably with repetitive descriptions of the lawless situation in Russia at the time of his initial rise to power - how many times do you need to say "bodies in the streets" before the reader gets it. Putin makes a brief cameo appearance as a nondescript man, then vanishes again. Presumably, he eventually reappears and we will hear something about him, but my patience failed me.

Some insight, but I basically knew most of the information. This should have gone much deeper. Basically its a surface podcast.

The making of a world leader

This is an Audible Only recording, so can't get it in . The choice was a minor KGB functionary named Vladimir Putin. Putin took over 20 years ago, but he soon showed that he was not going to be controlled and through manipulation and intrigue gradually took absolute control. This is the story of how that happened, including some interesting tidbits such as the poll that the richest man in Russia at that time took that put out a slate of fictional characters and asked people who they would choose as President. The winner was a strong KGB leader, and Putin seemed to fit. Putin ended up going head to head with the kingmakers that had installed him and got rid of them one by one. Putin gradually consolidated power by taking over the media and destroying or killing any of the oligarchs that threatened his hold on power, while giving near free rain to do business to those who supported him. Now, Putin controls all and has learned to manipulate not only powerful Russians but other world leaders to get what he wants. He took Crimea, entered eastern Ukraine and fomented rebellion, and tried to influence elections in the US, the UK, and elsewhere. This audiobook is well researched and interesting and it helps us better understand what is happening today. My only complaint was the many musical interludes that made it seem like a cheap radio documentary. But, I learned a lot from it.

I knew very little about Putin, prior to listening. Now I feel more informed as to Putin’s rise to power.

No insights to be had, no detail uncovered. I got through 40 minutes and gave up. He may be a journalist but he has no expose here.