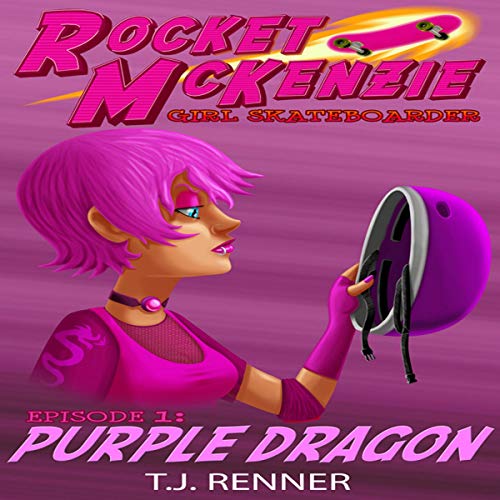 "Skateboarding becomes an Olympic sport for the first time at the 2020 Games in Tokyo, Japan. Many of the tricks used by Rocket McKenzie will be seen in the Olympic Games."

Rocket McKenzie is an amazing skateboarder, but she skates alone most of the time because the boy's from her school don't skate with girls.

While heading to practice at the beach, five popular boys from school watch as Rocket flies off course and crashes into a man's sandcastle. The boys tell her to stay on the beginner's course and out of their way. Never mind that it was the only way she could avoid smashing into a young boy that had run into her path and never mind that she'd just completed seven huge jumps on the cities steepest hill.

She meets Noah, the most popular boy in school and cute too. Even better, he's a skateboarder. There's an immediate connection, and they enter the biggest skateboarding tournament in Southern California, the Regional's. What she didn't know is that the other boys from school had also entered the tournament, determined to prove that boys still dominate and always will.

Rocket sets out on a quest to gain respect in a sport dominated by boys. Join her in the birth of the Purple Dragon as she balances honor and good sportsmanship with world class talent in a showdown that no one expected.

What listeners say about Purple Dragon