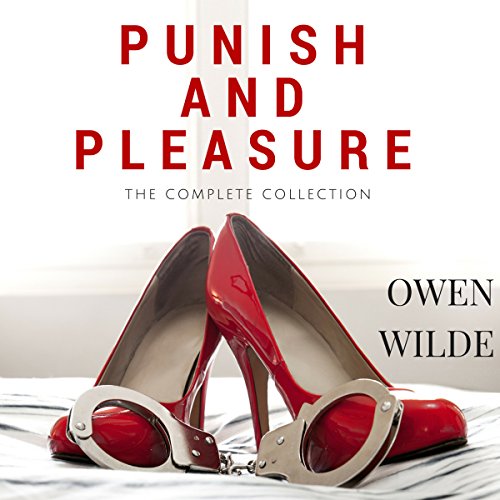 The complete collection of the Punish and Pleasure series.

"Panties for Him - Vol. 1": Charles is powerless against his Mistress. He'll do anything she ask, anything she desires. And what she desires now is to humiliate him even further. When he indulges in his fetish as commanded, he realizes how much he really loves it and the consequences leave him exposed. What will he be forced to do to keep his secret? How far will he let things go?

"Nighttime Nanny - Vol. 2": James has a secret. A hidden, dirty secret. He likes to pretend he’s a baby. The nanny knows far too much and now James is desperate for her to keep his secret. The sexy girl has so much power over him, she can make him do almost anything and everything. When he finds himself under her spell, he's almost afraid that there is nothing that he won't do for her…How far will she push him?

"On Bended Knee - Vol. 3": Matthew has a secret. He has never told a soul what happened so long ago, but his obsession is humiliating and haunting all at the same time. When he gets a new boss at work, who is known for her stern approach and cool head, Matthew knows he's in trouble. After Matthew accidentally sends her an explicit picture of his fantasy, what will she do with him, now that she knows his secret?

"His Two Women - Vol. 4": David and his wife Kathy work well together, but when it comes to play, David has a secret fantasy life that has become his obsession. He needs certain things and wants to be treated in certain ways that he could never, ever ask his wife for. That is what he has a mistress for. But even his mistress has a secret….

What listeners say about Punish and Pleasure