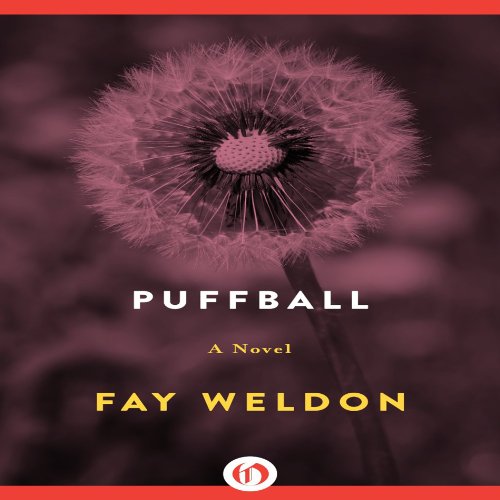 Fay Weldon's reputation is growing all the time, and in England, her new novel, Puffball, is her most successful book to date.

Readers of Fay Weldon know that you can always count on her for surprise, and in Puffball she is at her ironic and outrageous best as she tells us a tale of witchcraft and childbirth.

Liffey and Richard move from their chic London apartment to a quaint, rose-covered cottage because Liffey insists. Their neighbors, Mabs and Tucker, are delighted when Richard petulantly abandons Liffey to pursue his career in London and they set out with energetic spite to teach their city friend a lesson.

Whether Liffey becomes pregnant from that lesson or by Richard remains to be seen, but Mabs believes that the baby in Liffey should rightfully be in her. Enraged, Mabs begins casting spells over her unsuspecting and naïve victim. And all the while, Liffey's baby grows and grows until it, too, becomes a character in Ms. Weldon's unique novel.

By turns hilarious and frightening, Puffball tells us that Nature is cheerfully determined that life will go on - no matter who her friends or enemies may be.

What listeners say about Puffball