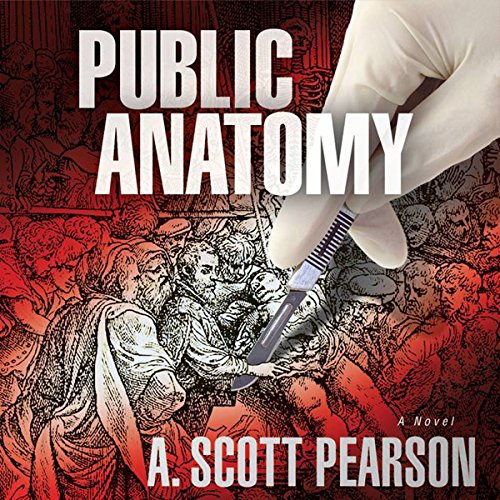 By: A. Scott Pearson
Narrated by: Tim Campbell

While recovering from a career-threatening injury, surgeon Eli Branch is pulled into the turbulent world of Dr. Liza French, a colleague he hasn't seen in ten years. Liza uses their past to lure Eli into a highly-publicized debacle in a Memphis hospital that has put her own career in jeopardy. But when the murder of medical personnel at Gates Memorial appears related to Liza's surgical complication, Eli finds that more lives are at imminent risk.

Eli discovers clues from the victims that match anatomical art found at the crime scenes, a connection that leads him to the manuscript of a sixteenth century anatomist whose methods of dissection are over four centuries old - but are being reenacted in the present. Aided by the expertise of forensic pathologist, Dr. Meg Daily, Eli uncovers a pattern to the escalating deaths and the search begins for a killer the media and the city come to know as The Organist.

What would have made Public Anatomy better?

Different narrator. I have listened to many, many books, and he was one of the very worst.

Eli. One of the good guys

The Southern accent was beyond phony and detracted from the story.

Disappointment due to narration

Overall, a pretty good medical thriller if you can get past the narration.

Narration spoiled the book for me