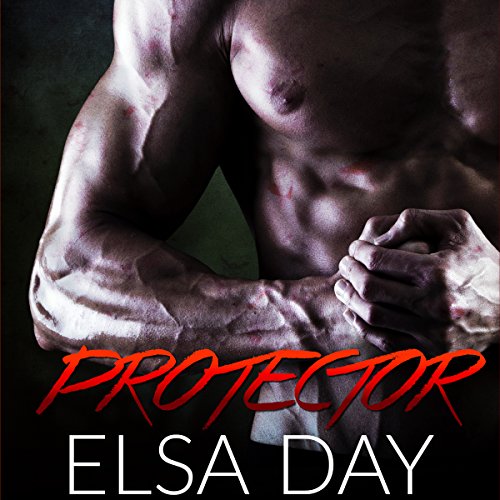 By: Elsa Day
Narrated by: Bryant Sullivan
Try for $0.00

Nadia knew falling for Slayer, the sexy and dangerous sergeant at arms of a rival motorcycle club, would be hard. She just didn't realize how hard. He showed her that there is life outside of her little club, but forces converge to steal that away. Nadia won't let that happen. Now that she's had a taste of freedom, she's not afraid to work to keep it.

Slayer is willing to risk his life for Nadia, and he already has. Even at the border of life and death, this rugged sergeant only has Nadia on his mind. Slayer won't stop fighting until he saves his woman and finishes his mission. Even if it means paying the ultimate cost.

Will Slayer and Nadia finally get their happily ever after? Or will the happiness they've worked so hard to achieve get shot down before it has a chance to grow?

What listeners say about Protector

The whole series was the stupidest thing I ever heard. I finished it because I always try to finish what I start & I was hoping it got better. It didn't. These were the worst outlaw bikers ever. They rolled in town to do a job but got sidetracked. The other side was even worse. The H was weak, the h even weaker. The h's family connections were pathetic. Neither the H or the main villain could shoot straight. By the end I was sick of it.

A crazy, wild, and suspenseful ride to go on with Slayer and Nadia. This series was brisk but as it progressed it got better, and a lot more intriguing.
The story repeated itself a couple of times. It was a little frustrating hearing it repeat.

I was hooked from the very beginning of this series. I spent my grocery money to buy the books, and I am happy I did.

Narrator did the excellent job in narration. Thank you Audible for bringing this book to app.