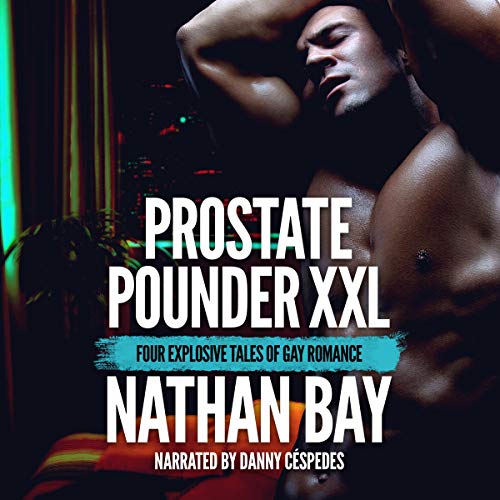 By: Nathan Bay
Narrated by: Danny Céspedes
Try for $0.00

Welcome to the Bathhouse, a place where your wildest fantasies can come true. Leave your hang-ups and inhibitions at the door because this is a place where anything goes. Themes include: college hunks, daddies, bears, jocks, older/younger, group, M/M/M, toys, restraint, Dom/sub, and so much more!

Welcome to the bathhouse, a place where your wildest fantasies can come true. Leave your hang-ups and inhibitions at the door because this is a place where anything goes. This sizzling boxed set includes three books: Bear Hunting, Sensory Deprivation, and Prostate Pounder.

By: Jim Right, and others

By: Randy Manners, and others

Welcome to the Bathhouse, a place where your wildest fantasies can come true. Leave your hang-ups and inhibitions at the door because this is a place where anything goes. Themes include: college hunks, daddies, bears, jocks, older/younger, group, M/M/M, toys, restraint, Dom/sub, and so much more!

Welcome to the bathhouse, a place where your wildest fantasies can come true. Leave your hang-ups and inhibitions at the door because this is a place where anything goes. This sizzling boxed set includes three books: Bear Hunting, Sensory Deprivation, and Prostate Pounder.

By: Jim Right, and others

By: Randy Manners, and others 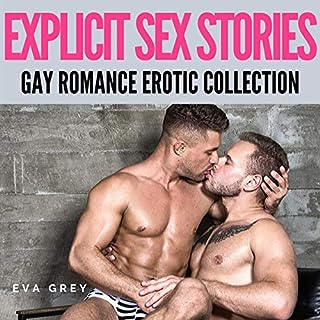 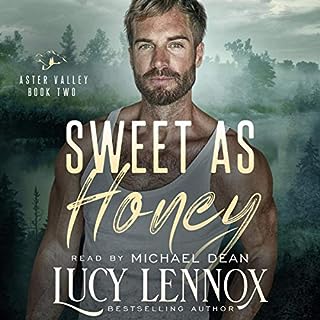 When I rode my bike into Aster Valley, it was supposed to be temporary. A quick, relaxing visit with friends. No entanglements. Zero drama. But then I saw the bumblebee being harassed on the side of the highway. More specifically, I saw Truman Sweet, Aster Valley’s resident botanist, spice merchant, and bee-costume enthusiast, being harassed. 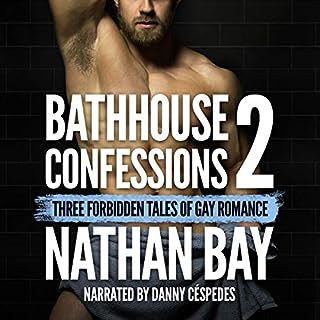 Welcome to the bathhouse, a place where your wildest fantasies can come true. Leave your hang-ups and inhibitions at the door because this is a place where anything goes. Themes include: Forbidden romance, military men in uniform, celebrity encounters, medical doctors, college hunks, daddies, bears, older/younger, love triangle, dom/sub, alpha males, and so much more! 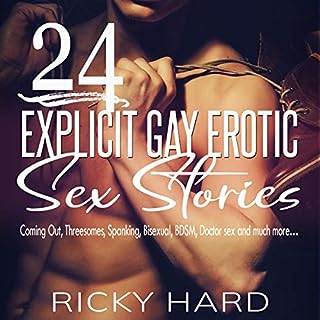 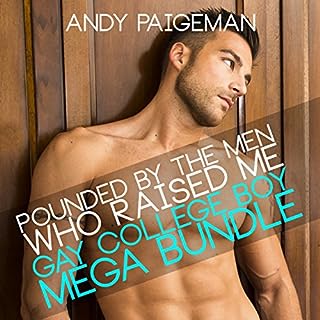 Pounded by the Men Who Raised Me: Gay College Boys Mega Bundle 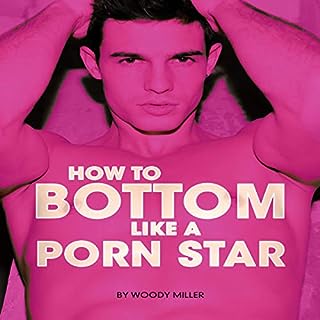 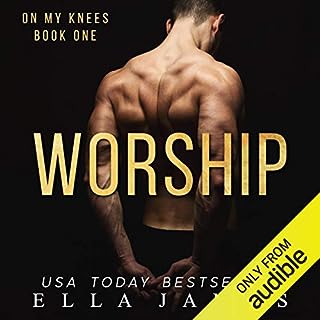 You think you know me. That's the way I want it. Making you feel like we know each other - like we could go grab a beer sometime - is part of my job. Maybe the most vital part. It doesn't hurt that I'm easy on the eyes, single at 35, and born richer than sin. My aesthetic matters much more than it should, but all the better for my worthy cause. And it's a worthy cause. I've made an art out of making you feel good, and my influence makes you want to be good. Good like me. You think you know me, but you don't. Everyone has secrets. Mine could cost me everything. 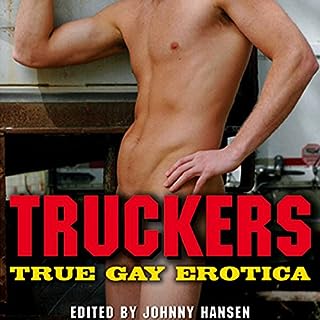 Truckers have long been ingrained in the American popular imagination, celebrated in movies like Smokey and the Bandit and many a country-western ballad. They're also a favorite queer sexual icon, joining such types as sailors, cops, firemen, and other guys who "service society". For some gay men, life on the road conjures up images of hairy, sweaty, blue-collar joes traveling from town to town in their big 18-wheelers, pulling into all-night diners, gas stations, cheap motels, and highway rest stops for sex. 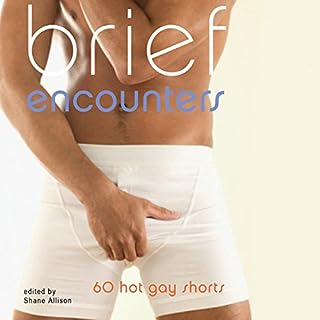 For this collection, Shane Allison has gathered together, in one volume, what comprises the very best, hottest, most creative short-short gay erotica. These are not the typical one-night-stand stories but tales that are intriguing, thrilling, unique, and always surprising! 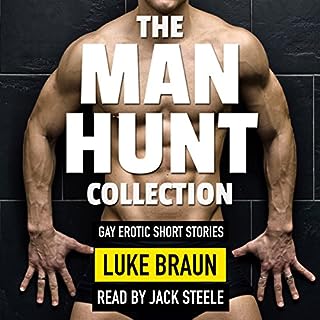 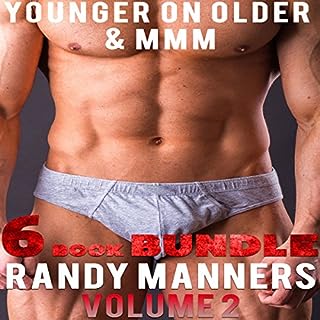 Six steaming man on man stories all in one bulging package! Download this audiobook and enjoy them today! 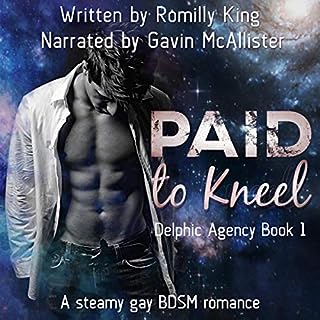 Richard is desperate for money. With his father needing long-term care and graduate school looming, he needs a lump sum of cash, and fast. Selling himself via the Delphic Agency seems the quickest way to get ahead of his problems, but to earn the kind of money he needs Richard has to offer more than he bargained for.

Meet the man with the magic thrust in this explosive four-book collection. Themes include: college hunks, bears, twinks, restraint, dom/sub, alpha males, and so much delicious mischief!

Adam just wants to blow off some steam after his exams. A case of mistaken identity leads him to the apartment of Gabriel, a college student who's been promised the time of his life.

Eager to please and up for the challenge, Adam is nervous but excited to explore new territory in this story that will leave you begging for more!

Adam is snowed in at a hotel. With nowhere to go and no end to the blizzard in sight, he's desperate to release some pent-up energy after the holidays.

With his phone in hand, he goes on the hunt for nearby prospects. A dark encounter with a sketchy stranger will bring him a wild night he never could have imagined!

The pulse-pounding finale in this trilogy brings Adam face-to-face with a smooth-talking stranger who resembles a superhero.

But there's more to the mystery man than he realizes, and little does he know he's in for the ride of his life!

His conquests are legendary. His talent is self-explanatory. It's been said that he can make any man experience ecstasy completely hands-free. But now, he's in for some stiff competition at the bathhouse.

(Author's note: This version was previously published as part of the Bathhouse Confessions series. It follows a different story arc and can be listened to as a stand-alone.)

Each steamy tale of gay romance is just the right length for an exciting bedtime story. Grab a change of sheets and meet Adam in the bedroom.

I really enjoyed this boxset! Although the stories are short, they don't lack entertainment. The narration was great! The author did a great job with the character builds and plot! I look forward to reading more books in this series! I was given this free review copy audiobook at my request and have voluntarily left this review.

This was a good compilation of stories that were well written. I will admit there were a few cheesy parts, at least for me anyway, but others might not think so. Good erotica for a light listen.

The Narrator was amazing. he really brought the story to life.

This was a decent story. I liked the narration and thought that Danny Céspedes did a good job.

This was some great steamy fun. I enjoyed the short scenarios if possible outcomes. Any way you look at it, Adam was a lucky man! The narrator drew me in start to finish and brought magic to this amusing tale. I voluntarily listened to a free copy of this and am giving an honest review.

I enjoyed this collection of short MM erotica. Adam is a likeable 20 something character and his encounters are entertaining.

1. Prostate Pounder: [29 mins]
A case of mistaken identity has Adam assuming the identity of "Prostate Pounder". Hooking up with Gabriel who has come to his local college bar after arranging the online hookup. Adam takes the opportunity to use his bottoming skills to be an attentive top, giving Gabriel the pounding he's looking for.

2 Back Door Bully: [1:00 hr]
Snowed in on New Years Eve, Adam looks for a hookup to spend the time with. Donning Prostate Pounder's persona, he finds Bruce, a blast from his past who Adam takes to new heights.

3. Pounder's Revenge [42 mins]
"Roaming the city hopping from one strangers bed to another using Prostate Pounder's persona was bound to come with some risk" and bad karma has finally caught up with Adam when he comes face to face with the Original!
This was my favorite and nothing like what I was expecting. 😁

4. “Prostate Pounder” (Alternate Bathhouse Version) [1hr:15mins]
This is a combination of the first three stories but with the bathhouse setting and is also in the "Bathhouse Confessions: Gay Romance Bundle" - this is a good story overall, but I liked the three individual titles better.

I enjoy Danny Céspedes style of narration, his smooth voice, rhythm, intonations and inflections all work to draw me into the story, bringing the characters to life and he provides for an enjoyable audio experience.