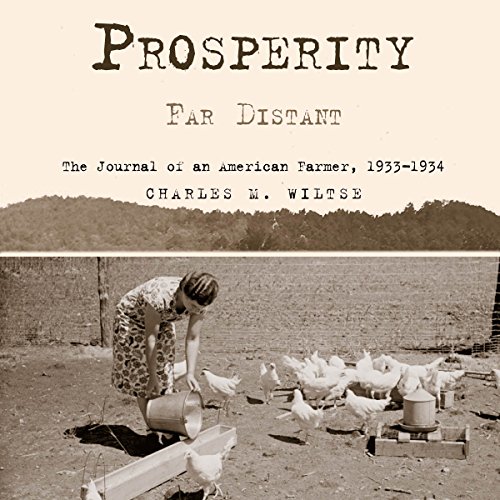 Fresh from receiving a doctorate from Cornell University in 1933, but unable to find work, Charles M. Wiltse joined his parents on the small farm they had recently purchased in southern Ohio. There, the Wiltses scratched out a living selling eggs, corn, and other farm goods at prices that were barely enough to keep the farm intact.

In wry and often affecting prose, Wiltse recorded a year in the life of this quintessentially American place during the Great Depression. He describes the family's daily routine, occasional light moments, and their ongoing frustrations, small and large - from a neighbor's hog that continually broke into the cornfields to the ongoing struggle with their finances. Franklin Roosevelt's New Deal had little to offer small farmers, and despite repeated requests, the family could not secure loans from local banks to help them through the hard economic times. Wiltse spoke the bitter truth when he told his diary, "We are not a lucky family." In this he represented millions of others caught in the maw of a national disaster.

The diary is introduced and edited by Michael J. Birkner, Wiltse's former colleague at the Papers of Daniel Webster Project at Dartmouth College, and coeditor, with Wiltse, of the final volume of Webster's correspondence.

Should be a must read 'listen' for all

Would you consider the audio edition of Prosperity Far Distant to be better than the print version?

I only purchased the audio edition.

Which character – as performed by Wayne Hughes – was your favorite?