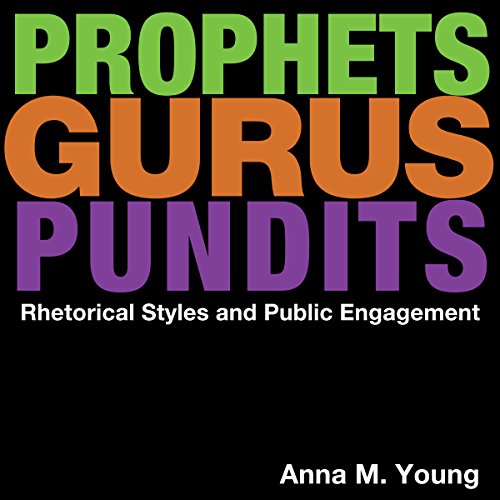 In Prophets, Gurus, and Pundits, author Anna M. Young proposes that the difficulty of bridging the gap between intellectuals and the public is not a failure of ideas; rather, it is an issue of rhetorical strategy. By laying a rhetorical foundation and presenting analytical case studies of contemporary "public intellectuals," Young creates a training manual for intellectuals who seek to connect with a public audience and effect change writ large.

Young begins by defining key aspects of rhetorical style before moving on to discuss the specific ways in which intellectuals may present ideas to a general audience in order to tackle large-scale social problems. Next, she defines the ways in which five crucial turning points in our nation - the rise of religious fundamentalism, a growing lack of trust in our institutions, the continued destruction of the environment, the ubiquity of media and information in our daily lives, and the decline of evidence-based reasoning, have set the stage for opportunities in the current public-intellectual dialogue.

Via case studies of such well-known personalities as Deepak Chopra and Professor Cornel West, Young goes on to reveal the types of public intellectuals who achieve success

What listeners say about Prophets, Gurus, and Pundits