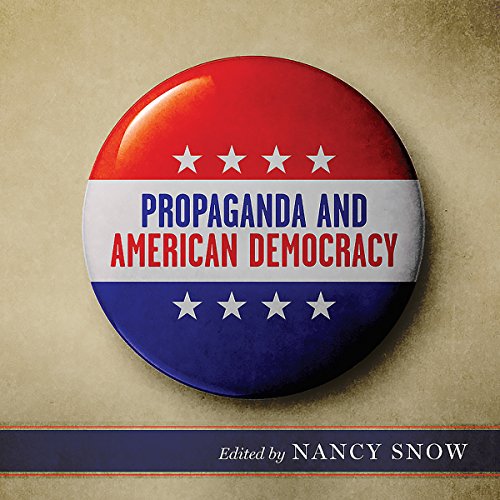 Propaganda has become an inescapable part of modern American society. On a daily basis, news outlets, politicians, and the entertainment industry - with motives both dubious and well-intentioned - launch propagandistic appeals.

In Propaganda and American Democracy, eight writers explore various aspects of modern propaganda and its impact. Contributors include leading scholars in the field of propaganda studies: Anthony Pratkanis tackles the thorny issue of the inherent morality of propaganda; J. Michael Sproule explores the extent to which propaganda permeates the US news media; and Randal Marlin details the methods used to identify, research, and reform the use of propaganda in the public sphere.

Other chapters incorporate a strong historical component. Mordecai Lee deftly analyzes the role of wartime propaganda, while Dan Kuehl provides an astute commentary on former and current practices, and Garth S. Jowett investigates how Hollywood has been used as a vehicle for propaganda. In a more personal vein, Asra Q. Nomani recounts her journalistic role in the highly calculated and tragic example of the ultimate act of anti-American propaganda perpetrated by al-Qaeda and carried out against her former colleague, Wall Street Journal reporter Daniel Pearl.

Propaganda and American Democracy offers an in-depth examination and demonstration of the pervasiveness of propaganda, providing citizens with the knowledge needed to mediate its effect on their lives.

"A vibrant forum for a number of propaganda scholars to offer their varying viewpoints...will surely prove to be both provocative and useful for a variety of readers and audiences." ( Journal of Communication Inquiry)

What listeners say about Propaganda and American Democracy