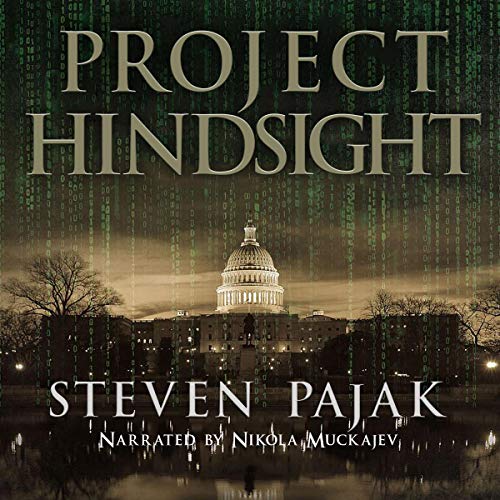 By: Steven Pajak
Narrated by: Nikola Muckajev
Try for $0.00

How can you escape from an enemy that can see everywhere?

In the 1970s, the US government began experimentation with remote viewing. In the mid-1990s, the program was shut down after a review revealed that there was not sufficient evidence to prove that remote viewing yielded any actionable intelligence.

At least that is what the government told the public. On the fourth sublevel of Mount Weather, the program, code name Project Hindsight, continued with great success, until one of their viewers did the impossible and escaped, taking with her the secrets the government would kill to keep.

What listeners say about Project Hindsight

The author wrote a compelling plot that seemed believable . Was either ex.military or did a lot of research. The characters was a mixture of some you like and others weren’t your favorite. The audio brought the story to life, and had the clear voice and was enjoyable. Given audio for my voluntary review.

what a truly fantastic audiobook from the pen of Steven Pajak and brilliantly narrated by Nikola Muckajev. I really didn't want to stop listening and admit I did cry at the end because I was so caught up in the characters xxxxxxxx