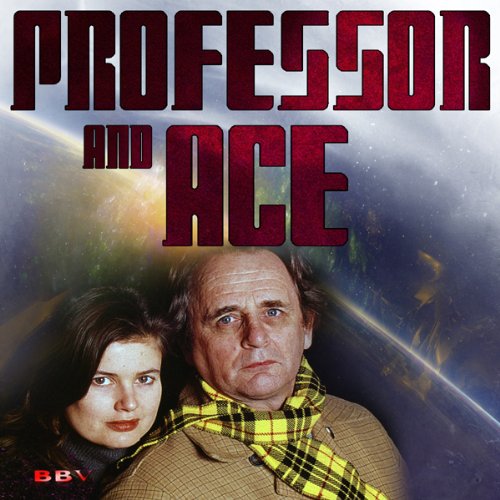 Millanno: a holiday planet of extreme wealth and extreme leisure - on one side. The other side of the planet teems with politicians, administrators, and also criminals.

When the Professor and Ace decide to take a holiday, they are unwillingly pitched into a battle for supremacy on the planet. Separated and suddenly finding themselves on the lost and lonely Isle of Prosperity, they must find each other. But standing in their way is the determination of a mysterious figure from the past to reclaim the directorship of the planet. As the Professor and Ace explore, a picture begins to emerge of a corrupt past, of political double-dealing, betrayal, and vengeance. Who is Milo, the psychokinetic youth who inhabits the island? Who is Gabriel, who sounds like a machine, but talks like a schoolmaster? And who is the earthy Calida, and why is she out for revenge?

A dramatic meeting of old enemies can no longer be postponed, and there is no way off the island....

"The third Audio Adventure sees The Professor and Ace on holiday on the planet Milanno. They are soon separated and a figure from the past who is seeking dictatorship of the planet stands in their way. 'Prosperity Island', by new writer Tim Saward, is a multi-layered and demanding tale that requires a lot of attention from the listener. The Professor and Ace storyline is really nothing more than a subplot, playing second fiddle to the machinations of the planets ruler Projoy and the antics of his genetically 'grown' and telepathically gifted son Milo. For the most part this is an interesting storyline, as it concentrates more on the emotional dynamics of the characters. This, however, all falls apart in the second half of the story, as the emphasis is placed on political intrigue, political back stabbing, and a lengthy and at times almost farcical courtroom scene. Throughout, the acting is of a relatively high standard. Peter Miles makes a great villain and the relationship between Ace and Stephen (a passenger on board the craft heading for Milanno) is nicely underplayed. 'Prosperity Island'...has a lot going for it." (Stuart Gutteridge)