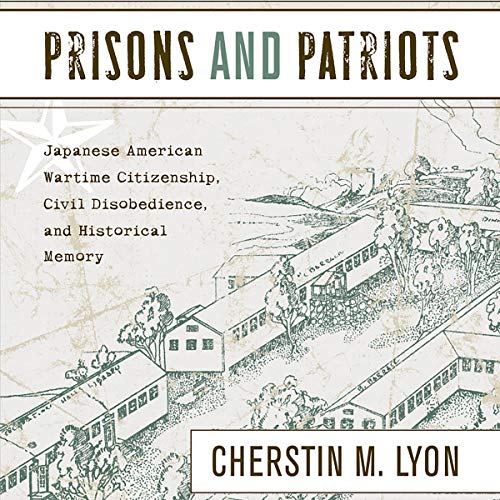 By: Cherstin Lyon
Narrated by: Collene Curran
Try for $0.00

Prisons and Patriots provides a detailed account of 41 Nisei (second-generation Japanese Americans), known as the Tucsonians, who were imprisoned for resisting the draft during WWII. Cherstin Lyon parallels their courage as resisters with that of civil rights hero Gordon Hirabayashi, well known for his legal battle against curfew and internment, who also resisted the draft. These dual stories highlight the intrinsic relationship between the rights and the obligations of citizenship, particularly salient in times of war.

Lyon considers how wartime civil disobedience has been remembered through history - how soldiers have been celebrated for their valor while resisters have been demonized as unpatriotic. Using archival research and interviews, she presents a complex picture of loyalty and conflict among first-generation Issei and Nisei. Lyon contends that the success of the redress movement has made room for a narrative that neither reduces the wartime confinement to a source of shame nor proffers an uncritical account of heroic individuals.

"The genius of Lyon's book lies less in the stories she recounts than in her placing them into instructive and relevant contexts." (Nichi Bei Times)

What listeners say about Prisons and Patriots