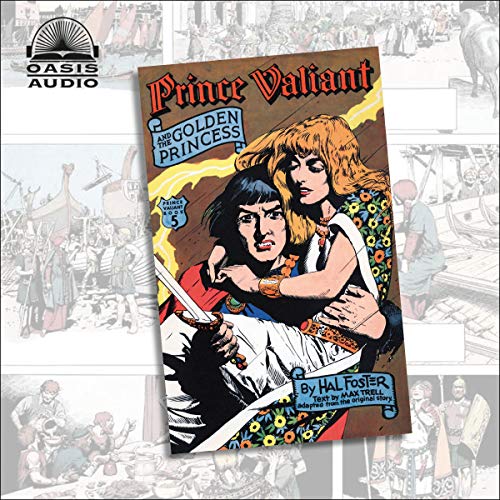 Prince Valiant and the Golden Princess

By: Harold Foster
Narrated by: Tim Gregory
Try for $0.00

This title concludes the epic tale "The Winning of Aleta". This is followed by a sequence called "Matrimony", which ends with a newly wed queen adjusting to the luxurious, exciting court life at Camelot. But Val's marriage does not signal an end to his adventures, quite the contrary. In "War in the Forest", Val is sent out to spy on encroaching Saxons - unknowingly aided by Aleta, who, disguised as a small knight (and dubbed "Sir Puny") helps prevent disaster.

What listeners say about Prince Valiant and the Golden Princess