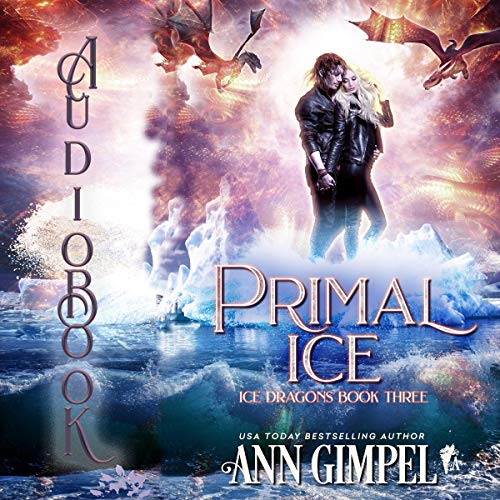 Renegade dragons. A dying Earth. The magic powering all worlds is fading, and no one knows why.

As the life he’s known for millennia hovers on the brink of ruin, the dragon prince, Konstantin, gathers allies. He would have liked to be better prepared for all-out war, but time grows short. Waiting is no longer an option. Working with his twin sister, a seer, he unearths a shocking sequence of prophecies. Visions that shake the foundations of everything he believed was true.

Newly created dragon shifters, Johan and Erin, are on a supernatural fast track. No longer human, they have yet to fully embrace their magical sides. Knowledge can only be gained so fast, but if they don’t ditch their reservations, they’ll be swallowed by darkness. Seduced by a madman, driven by greed, wicked creatures have become bold. Shifters, Sidhe, and land-linked magic are determined to crush the threats eager to steal their power, but even their combined forces might not be enough to bail them out.

Primal Ice is book three of the Ice Dragon trilogy. For the very best listening experience, please start at the beginning with Feral Ice and Cursed Ice.

What listeners say about Primal Ice

This is the final book in the series . Ann will have you holding your breath wondering what is next . The characters, humans are strong , both male and female, the only 2 left on earth. The dragons will have you routing for them . Their purpose is to destroy the monsters and save earth . This is Kon's dragon POV . He knows in order to save earth he needs to procreate, with a human . The dragons with their 2 humans know that it will be a struggle to ward off the serpents.
Will Earth be saved. Will our 2 humans procreate with their 2 dragon mates. Grab it and see

Gregory Salinas performance was spot on . His tone for the characters was strong, clear , and smooth.