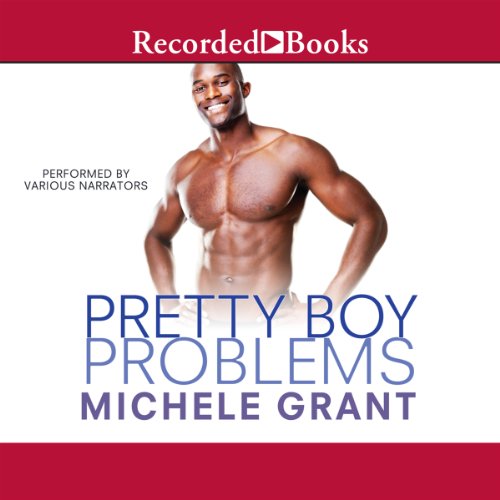 By: Michele Grant
Narrated by: Darren Ziegler
Try for $0.00

Publishers Weekly called award-winning author Michele Grant's Heard It All Before a ''scorching debut.'' This sequel follows Roman Montgomery's charming brother Beau, who shows up at his sister's Dallas condo looking for a place to stay. Instead, he finds her new roommate, Belle - equal parts attitude and beauty - who wants nothing to do with Beau's pretty-boy act. But when she offers him a job, Beau sees a chance to make something of himself - and prove he's more than just a pretty face.

This was a predictably cute follow up to Heard It All Before. I really liked that the lead female character was emotionally and financially sound and was not a man chasing desperate woman. She knew her worth and while she ultimately chose the man in the end, it was on her own terms.

More than just a pretty face

Nice read about how a good looking guy, finds out he wants more out of life than a bed partner. Saucy & sexy, sometimes deceitful living in the fashion world. It's a dog eat dog world industry. My 1st time listening to this narrator, he did a good job.

not as good as the 1st book, but still a good read. a little slow in the beginning. pretty good plotline

Uninterestingly boring. The story was so predictable that it was boring. I wish there was a bigger story line to who was stealing her fashion designs instead of this predicable romance. I did not fall in love with this couple. This book was just okay, not an entertaining listen/read.