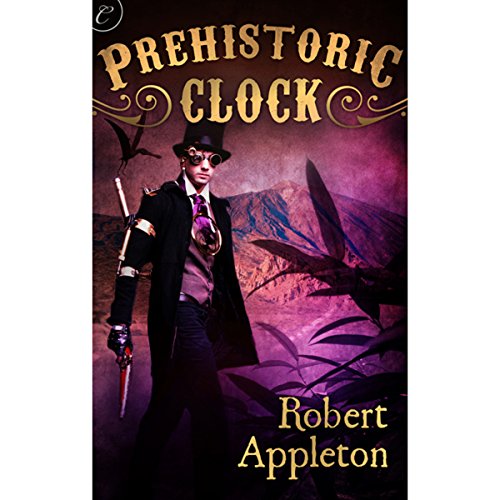 By: Robert Appleton
Narrated by: Polly Lee
Free with a 30-day trial

Airship officer Verity Champlain is well respected by her crew. But after a vital mission nearly goes wrong, she is having second thoughts about her career.

Lord Garrett Embrey is on the run. The Leviacrum Council, the secretive scientific body that holds sway over the Empire, executed his father and uncle and now they want him dead too.

Professor Cecil Reardon is consumed by grief. Since his wife and son died he's been obsessed with his work, and now he is on the verge of an extraordinary scientific breakthrough: his machine is about to breach time itself, to undo fate's cruel taking of his loved ones.

But the time jump doesn't go according to plan, and part of London winds up millions of years in the past. Verity and her crew - Lord Embrey, Professor Reardon, and others stranded with them - must pull together to survive in a world ruled by dinosaurs... and to somehow get home.

What listeners say about Prehistoric Clock

Worst story EVER!!! OMG! A book from 2012 without s sequel? A book where everyone makes it out of the crustacean period except the hero and heroine? After fighting so many dinosaurs and loosing so many friends this author thought it was a good idea to get everyone out except the hero and heroine AND after 8 years they’re still there? Holy crap! This is one of the worst books I’ve ever read and I’ll never read this author again if that the kind of endings he writes. WTF? I’m not even going to tell you what it’s about I’m so ticked off. No sex, no swearing, no nothing. A total waste of my time. As to the narration: This was an old narration of Polly Lee (Ashford McNab (?)) and she did a pretty good job with the voices, but she sucked when it came to reading with any emotions. I mean, when your about to be attacked by a dinosaur and someone yells at you you’d think the narrator would “act” a little differently than just reading the words in the book. BUT, she’s now one of my top five favorite narrators so she’s come a long way.