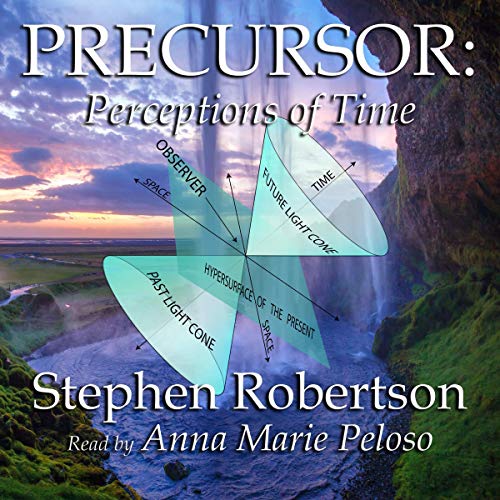 By: Stephen Robertson
Narrated by: Anna Marie Peloso
Try for $0.00

Dr. David Gordon has discovered the secret to unlocking the subconscious mind's innate ability to heal itself from trauma, loss, and suffering. This discovery will change everything medical science knows about the mind and expand possibilities for cognitive and intellectual development.

However, there are those who plan to pervert this into a terrible weapon of war “to enhance interrogation” without leaving evidence of physical torture and threaten to leverage it to dominate humanity, with no hope of escape.

Chased around the globe, he looks for answers from his past, using all he has learned from his service as a naval officer and an academic. Aided by a retired gunnery sergeant, his late father's mistress, and Emily Barker (a librarian with secrets of her own), they attempt to evade rogue governments, competing intelligence services, corporate mercenaries, and perhaps, his deadliest adversary of all: his ex-girlfriend!

What listeners say about Precursor: Perceptions of Time

This story is a real thriller, I liked the research of Dr. David Gordon, the innocence of Emily, the smartness of Gunny and Etta and the most important the narration of Thomas Cassidy. It is a complete entertainer.

The book takes twists and turns and keeps you involved throughout. A page-turner. A good book to listen to. The characters Especially, Emily and Dr. David are awesome.

Dr. David Gordon's discovery is based on a precursor which triggers a series effect in the brain and provides the conscious mind to remain working while in the deepest stages of sleep. I couldn't put it down till the end. It is a great entertaining audiobook.

I Thoroughly Enjoye It

I thoroughly enjoyed this audiobook. It is about a psychiatrist named Dr. David Gordon, who serves as a researcher for NIH in Bethesda, Maryland. He has found a process of persuading people into a position of being where they can consciously investigate their minds, and in this state, the time has no meaning. This is an interesting book where the narrator's voice is amazing as well. I recommend it.

Thought-provoking is an understatement.

The main character is complicated and flawed with an heroic ideal to save humanity, but sets in motion a chain of events that no one can control

I was given a free copy of this book and I'm leaving an honest and voluntary review.

I deffinatly enjoyed this book, masterfully written, very complex time travel in the mind, wow what an amazing concept. I was captured from the start with this story, it drew me in and took me on an extraordinary adventure.
The narration is superb, making the whole experience much more enjoyable.
I'd deffinatly recommend it to anyone.
5⭐⭐⭐⭐⭐all the way.

I did enjoy this amazing audiobook. It has lots of ups and downs, twists and turns. Enjoyed this book and Author. Recommend

This book cleverly weaves time travel with a well-written love story. It is highly recommended this story.

Hard To Put Down

A very good audiobook. It was a mix of history and fantasy. Of course, there is romance also. Hard to put down. It is a complete entertainment package. I recommend this book to all.

It was a magic

Thank you so much Stephen Robertson! I don’t have words to describe how this book made me feel. It was magic! Your words are magic!