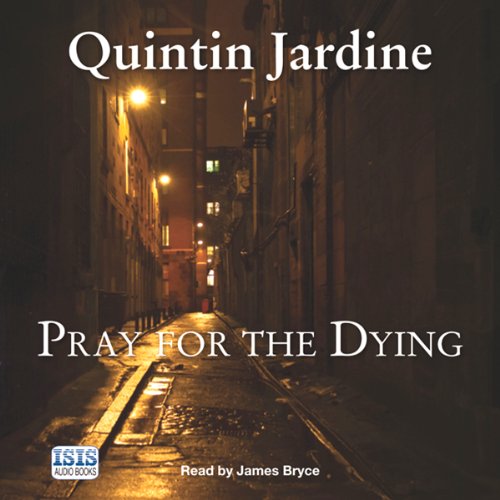 Pray for the Dying

By: Quintin Jardine
Narrated by: James Bryce
Try for $0.00

The killing was an expert hit. Three shots through the head, as the lights dimmed at a celebrity concert in Glasgow. A most public crime, and Edinburgh Chief Constable Bob Skinner is right in the centre of the storm.

The crisis finds Skinner, his private life shattered by the shocking end of his marriage, taking a step that he had sworn he never would. Tasked by Scotland's First Minister with the investigation, he finds himself quickly uncovering some very murky deeds...

The trail leads to London, where national issues compromise the hunt. Skinner has to rattle the bars of the most formidable cage in the country, and go head to head with its leading power brokers…

What listeners say about Pray for the Dying

I enjoyed the story line and the characters were endearing.

What was one of the most memorable moments of Pray for the Dying?

I had a sharp intake of breath when I realized an important fact as the story unfolded...that makes for a good story!

What does James Bryce bring to the story that you wouldn’t experience if you just read the book?

Where does Pray for the Dying rank among all the audiobooks you’ve listened to so far?

Lower half, but surely not the worst. The story line was both complex and, in places, predictable. My greatest issue is with the overuse (many times over) of the "F-word". I am no prude and I read almost exclusively murder mysteries. In addition, it is no source of pride for me to admit to a colorful, even blue, vocabulary. That said, repeating the word in question over and over does not make for spicy, interesting or even authentic writing. Instead, it becomes a distraction and significantly weakens the impact that "properly" using that and similar words is meant to have. I think my enjoyment of this book would have been far greater if the F-bombs had been cut by half...or more.

Would you be willing to try another book from Quintin Jardine? Why or why not?

Yes, I would, but I hope for something written with more flair and innovation and less gratuitous f***ing language!

What does James Bryce bring to the story that you wouldn’t experience if you just read the book?

I have listened to quite a few (OK, loads) of mysteries, most narrated as well or better. He read very well. I listen because actually "reading" is no longer feasible for me. Old eyes get tired too quickly for the reader with as voracious an appetite for novels as mine. So, the alternative would be not having "read" the book at all.

Good grief, no. I come from a family of Scots and am accustomed to the accent, but even I had to actually work at listening in places. I don't fault the reader; I believe he was quite authentic. It was just that my Americanized ear is unaccustomed to the more heavily accented bits. I needed to take this story in smaller increments of an hour or so at a time.

I will try another book by this author with hopes for a positive outcome. I found his characters believable and well rounded. The plot was good, though not to say intriguing or exactly compelling. But it captured my interest and a desire to finish the book - not always the case, to be sure.

quite unusual, the detective story told from the chief's oerspective, a great listen for me

Pray for the Dying

I thought the storyline was very clever and it was an enjoyable book to read.