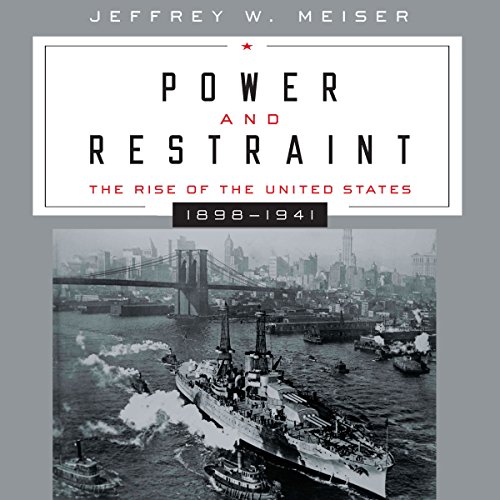 By: Jeffrey Meiser
Narrated by: Kevin F Spalding
Try for $0.00

At the end of the nineteenth century, the United States emerged as an economic colossus in command of a new empire. Yet for the next 40 years the United States eschewed the kind of aggressive grand strategy that had marked other rising imperial powers in favor of a policy of moderation.

In Power and Restraint, Jeffrey W. Meiser explores why the United States - counter to widely accepted wisdom in international relations theory - chose the course it did. Using 34 carefully researched historical cases, Meiser asserts that domestic political institutions and culture played a decisive role in preventing the mobilization of resources necessary to implement an expansionist grand strategy. These factors included traditional congressional opposition to executive branch ambitions, voter resistance to European-style imperialism, and the personal antipathy to expansionism felt by presidents like Woodrow Wilson and Franklin Roosevelt. The web of resilient and redundant political restraints halted or limited expansionist ambitions and shaped the United States into an historical anomaly, a rising great power characterized by prudence and limited international ambitions.

What listeners say about Power and Restraint

Paints this time of American History. As it faces iits first global issues in America and the world.