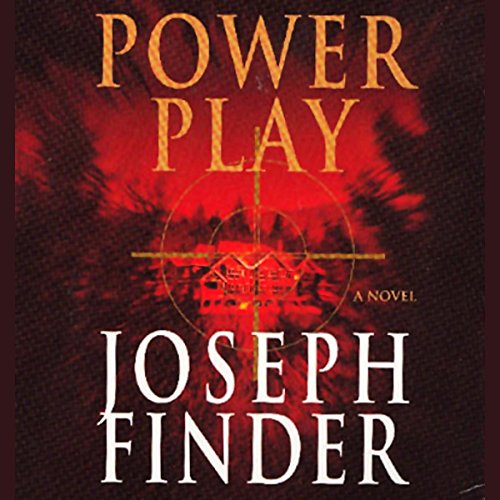 By: Joseph Finder
Narrated by: Dennis Boutsikaris
Try for $0.00

It's the perfect retreat for a troubled company. No cell phones. No BlackBerrys. No cars. Just a luxurious, remote lodge surrounded by thousands of miles of wilderness.

All the top officers of the Hammond Aerospace Corporation are there, plus one last-minute substitute: a junior executive named Jake Landry. He's a steady, modest, and taciturn guy with a gift for keeping his head down and a turbulent past he's trying to put behind him.

Jake's uncomfortable with all the power players he's been thrown in with, with all the swaggering and the posturing. The only person there he knows is the female CEO's assistant - his ex-girlfriend, Ali.

When a band of backwoods hunters crash the opening-night dinner, the executives suddenly find themselves held hostage by armed men who will do anything, to anyone, to get their hands on the largest ransom in history. Now, terrified and desperate, and cut off from the rest of the world, the captives are at the mercy of hard men with guns who may not be what they seem.

The corporate big shots hadn't wanted Jake there. But now he's the only one who can save them.

Power Play is a non-stop, pulse-pounding, high-stakes thriller that will hold listeners riveted.

"[This is Finder's] most entertaining and compelling novel of adventure and intrigue yet." ( Boston Globe)

What listeners say about Power Play

Disappointing - Not the best from Finder

I downloaded this book as it was from Finder. It is such a silly plot, highly predicatable and the flow not gripping at all. The characters are mediocre and a bit outalndish at times. No...even if you are a Finder fan...let this one pass

Power Play A Must Read

Talk about a page turner! Can't put it down!

Say, are there anymore trite phrases to describe a great thriller?

If you like Finder, and I sure do, this might be his best yet although "Company Man" is still probably his classic for unexpected twists.

To my friends at Audible, please get more Finder.

a finder, not a keeper

First, I have listened to all of Finder's books and have enjoyed them very much. I love his dialog, and the fact that he uses job specific lingo is impressive. I have to admit, however, that this book starts to border on the ridiculous towards the end. I have found that in most of his books, the beginning hooks you, but the ending disappoints you.

Power Play fails to deliver the same thrills as Joseph Finder did in Paranoia, Company Man and Killer Instinct. The first half of the book spends too much time focused on the corporate background, which is marred by having too many power players for the reader to untangle or care about. The female CEO is a particulary bland character, who never really steps off the page as more than a stereotype. It's not until the bad guys arrive that the tale begins to gather momentum. The hero, Jake Landry, though, does not disappoint and brings the book to a rip roaring finish. A good read for people patient enough to wade through the corporate dribble that ruins the first half of the book.

I really wanted to give it four stars!

I really enjoyed Joseph Finder's previous 3 audio titles, so when I heard that a new title was coming out at the end of August I downloaded it immediately.

Killer Instinct shares great dialogue, realistic characters and an uncanny ability to create and describe the politics and back-stabbing that go on at the upper levels of corporations with Finder's previous 3 titles Paranoia, Company Man and Killer Instinct. The major weakness of Power Play is in it's under developed plot. Not that the theme of the book is not engaging; it is, it is just not enough to create a book of any substantial length.

The book is based on the question "What would happen if the high level managers of a major corporation brought together for corporate team building adventure games suddenly found themselves in a life or death situation?" This is a great question, but I am not convinced that Finder extracted all that he could out of it. Also, near the start of the book he introduced a potentially interesting sub-plot related to the manufacturing of fiber reinforced plastics for airplanes that I felt could have been used more effectively through the rest of the book.

The weak plot is tragic because this book could have been so much more. If we were using a 10 point rating scale I would have given it a 7 out of 10. I still enjoyed it, but my favourite Finder audio book is Paranoia.

This book was especially fun for me because I got it without reading the synopsis (I'm a big Joseph Finder fan, and just grabbed the book based on the author) so the story turns took me completely by surprise.

This book is a little different that the others by the author, and it's hard to pinpoint exactly why - it seems like a one-off; a little shorter, a little less character development, but a lot of fun.

Dennis Boutsikaris is a great narrator and did a good job.

This was a very pleasant and fast read – and a classic Joseph Finder at that.

If this is your first Finder book – you can think of him as John Grisham – with the court rooms exchanged by the corporate highlife.

The first 1½ hours of the book is fairly slow – but it quickly picks up pace from there on.

Not a book that will stay with you for years – but simply plain old entertaining. And I guess, that’s probably what most people expect from a book....

Great for a road trip

We listened to this book during a long car trip; our first exposure to Joseph Finder.

We became totally lost in this gripping story. Our "pitstops" were quick so we could get back to the story. We also enjoyed hearing an interview with the author after the conclusion of this book.

I highly recommend this book and look forward to reading/listening to his other books.

Slow start but a good ending

The best part of the book was to the final third when Jake finally decided to take action. The story was gripping and exciting from this point to the end. What I liked the least was the slow start and a very slow part that followed the initial hostage-taking.

If you’ve listened to books by Joseph Finder before, how does this one compare?

I've only heard one before. I think that this book had a slower start, but was otherwise similar in exploring corporate espionage and very ordinary heros.

He ensured that the story was front and center. Truth be told, I hadn't even thought of the narrator until this question, which is a good thing. He never got in the way of the story.

Could you see Power Play being made into a movie or a TV series? Who should the stars be?

Definitely. I could see Matthew McConnaughy as Jake Landry.