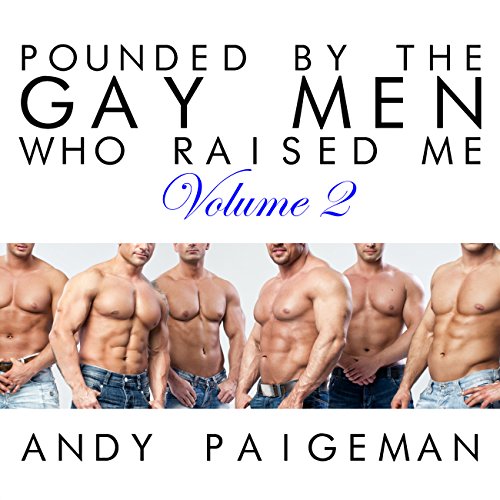 Pounded by the Gay Men Who Raised Me: Volume 2

Thomas is about to board a plane with the men who raised him, but there's something about this vacation that doesn't quite sit right. It doesn't take them long to realize that their gay sexual tension has grown too large for any kind of normal relationship.

Of course, a tropical vacation is the perfect place to purge these uncomfortable feelings with a single night of taboo, gay debauchery between Thomas and these older men of the house.

Peter always gets what he wants, even if that means bending the rules of good taste. But when his gay fantasies about the man who raised him become too much to control, Peter uncovers a taboo secret that may have been better left hidden.

When Nick is invited on a road trip with the men who raised him, he has no idea that the vacation will eventually devolve into a gay, group sex encounter.

What listeners say about Pounded by the Gay Men Who Raised Me: Volume 2