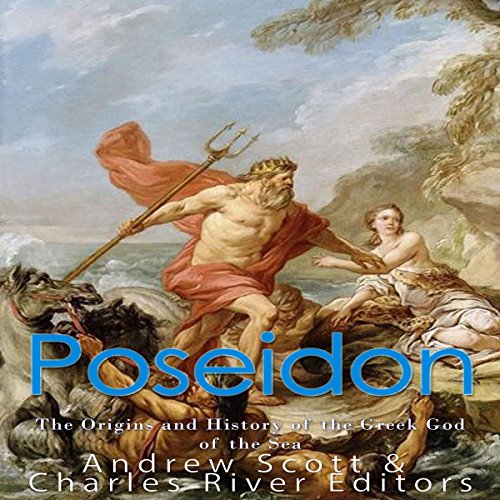 The Origins and History of the Greek God of the Sea
By: Charles River Editors, Andrew Scott
Narrated by: Scott Clem
Length: 1 hr and 17 mins
Categories: History, Ancient
3.5 out of 5 stars 3.7 (3 ratings)

Poseidon is one of the most easily recognizable characters in all of ancient Greek mythology. His signature trident is iconic; one sight of it invariably floods the modern mind with images of aquatic chariots and daunting typhoons. But there is so much more to the character of Poseidon than maritime denizens and disasters, which shouldn't really come as a surprise.

Poseidon was one of the most revered gods of the ancient Mediterranean for centuries - if not millennia - and that kind of reverence brings with it the layering of myths, rituals, and history like the strata of sediments on a river bed. The idea of a god like Poseidon being only the god of the sea is too minimalistic and too reductionist to come anywhere near the truth of how an ancient worshipper may have pictured him in her prayers.