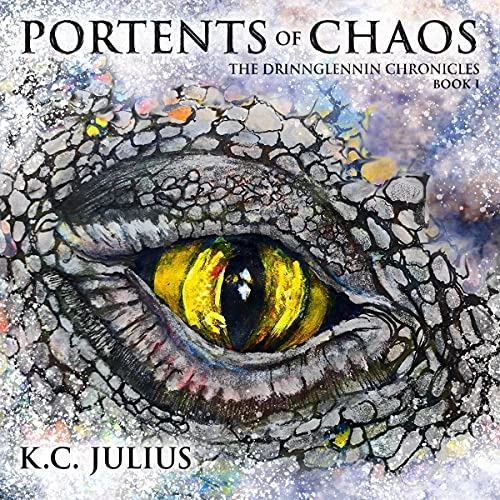 Step into an epic world of sword and sorcery, intrigue and betrayal....

The realm of Drinnglennin hangs poised on the cusp of chaos, for Urlion Konigur, the High King, is dying and has yet to name an heir. Rumors abound that the Helgrins, Drinnglennin's bitterest foes, are preparing their longboats to raid the Isle's shores, while the roving å Livåri folk, for whom the island kingdom is the last sanctuary, are mysteriously disappearing. And in distant Belestar, the fabled dragons are stirring from their self-imposed exile.

Drinnglennin's hopes lie with the wizard Morgan, who must gather together and safeguard the king's possible heirs, all of whom are coming of age. Yet a dangerously powerful house seeks the succession for one of their own, even if it means shattering the fragile peace of the realm.

One thing is certain; whoever next sits on the Einhorn Throne will determine the fate of not only Drinnglennin, but of all who dwell in the Known World.

What listeners say about Portents of Chaos