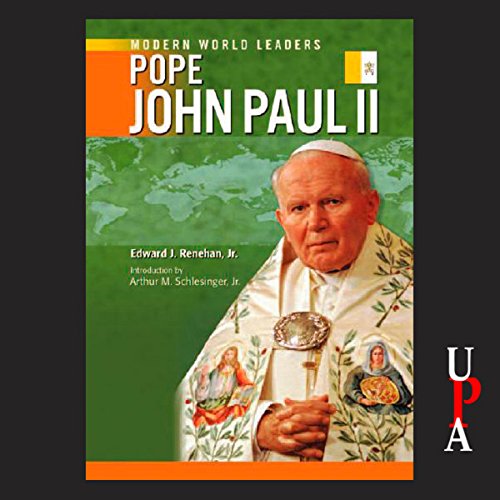 Pope John Paul II is an informative introduction to the life of this major historical figure. Pope John Paul II led the Catholic Church during a time of great upheaval. During his pontificate (1979-2005), the Soviet Union and the Berlin Wall collapsed, and great strides were made for freedom worldwide.

The first non-Italian pope in more than four centuries, the Polish John Paul was also the very first Slavic pope ever. As a young man, he experienced Nazi persecution and had to train for the priesthood in a seminary conducted "underground" - because Catholic religious training for vocations had been outlawed. At the same time, he remained active in the Polish anti-Nazi insurgency and helped Jews escape the Holocaust. Later, as pontiff, he forged new relationships between the Roman Catholic Church and Jewish denominations worldwide and played a pivotal role in the downfall of the Soviet Union.

This engaging biography follows the arch of the pontiff's life in the context of world politics. The book is published by Chelsea House Publishers, a leading publisher of educational material.

What was one of the most memorable moments of Pope John Paul II?

Going to Poland and the communists were peeing in there pants !!! Love it !!!