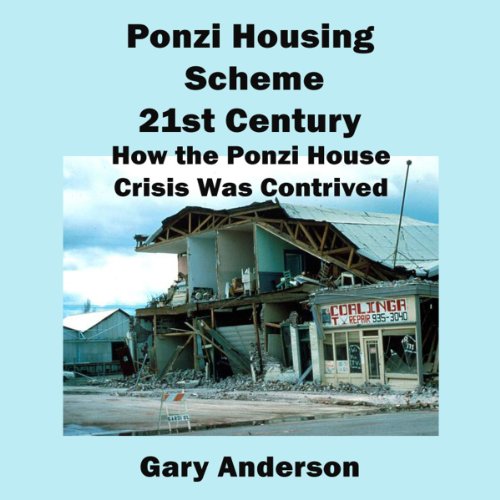 The Ponzi housing scheme is the financial crime of the 21st century. It makes Madoff look like an amateur because of scale. The crime was sophisticated in it's plan. This crime violated laws on the books. It violated laws that should be on the books. And it violated the trust that people have with the banking community, and this violation reaches to the highest bankers in the land and off our shores. This crime is complex, but it is not rocket science. The proof of culpability can be known.

We know that the international bankers have formed a sophisticated cartel. That cartel is made up of the central banks and the Too Big To Fail banks, both in Europe and in the United States. It includes money market funds and shadow lenders of easy money.

Without clawbacks of ill-gotten gains and mass prosecutions, this system is lurking and waiting for another opportunity to establish the will of bankers upon the unsuspecting populace. It is not a question of if this behavior will repeat itself, but rather is a question of when.

The banks had a plan to operate with less capital with Fannie and Freddie guaranteeing all manner of subprime loans. We know that they did not guarantee jumbos and many Alt-A loans, but subprime they did guarantee. Therefore, Fannie and Freddie were essential to kick starting the scam. We have seen how their monstrous child, MERS, has attempted to run around state governments in corrupting the recording of proper documents and notes. Fannie and Freddie did not take the scam to it's revved up and hurtful conclusion, however.