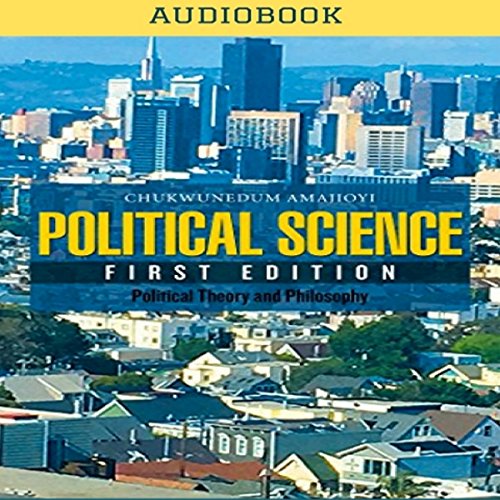 This is a book on political science and political theory on American politics and West African politics. It discussed the systems of government, political behaviors, and analysis. It offers crucial political ideas and ways to achieving good governance, leadership, equality, and freedom. Political leadership in this modern era is corrupt and shows nothing but selfishness toward society. Their priorities as leaders have deviated from managing the overall good welfare of the people, to money, greed, power, and prestige. At the end of the day, poor people suffer the consequences. Modern politics has become a devilish game of empowering the rich and oppressing the poor. Since there are no world police, peace is unattainable among states, and the strongest states forcefully take it all from the weak. We need to improve our reasoning faculties as political leaders because through reasoning we can do good, for the greatest number of people and put in more effort in making our governments and the world a better place for all of us. Our leaders should stop impoverishing the already poor masses; rather help them to live the way people are supposed to live. Politics is all about improving the lives of the masses. There is nothing like playing good politics anymore, most politicians has become deceivers and liars. They dish out fake promises to the voters, just to get elected into office. After winning the election, they use their influence and power to quiet the poor voters. In politics, power is everything. I mean military power and not personal wealth. Military power makes negotiations and decisions a lot easier in the real world. We will discuss these issues and much more in this book.

This book is a good one because you learn one or two things from it 👍. I also love the songs in it.