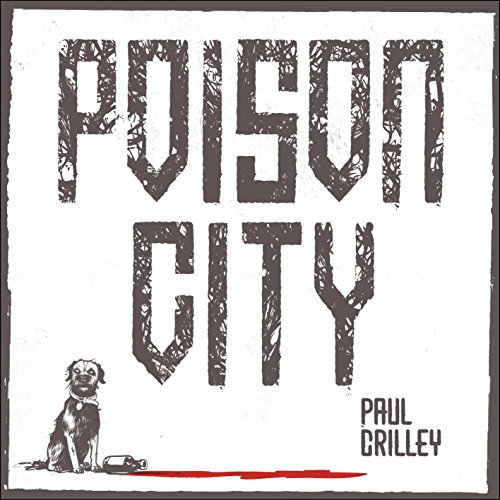 By: Paul Crilley
Narrated by: Peter Noble
Try for $0.00

Perfect for fans of Ben Aaronovitch and Jim Butcher.

The name's Gideon Tau, but everyone just calls me London. I work for the Delphic Division, the occult investigative unit of the South African Police Service. My life revolves around two things - finding out who killed my daughter and imagining what I'm going to do to the bastard when I catch him.

I have two friends in my life. The first is my boss, Armitage, a 50-something DCI from Yorkshire who looks more like someone's mother than a cop. Don't let that fool you.

The second is the dog, my magical spirit guide. He talks. He's an alcoholic. And he's a mean drunk.

Life is pretty routine - I solve crimes, I search for my daughter's killer. Wash, rinse, repeat. Until the day I'm called out to the murder of a ramanga - a low-key vampire. It looks like an open and shut case. There's even CCTV footage of the killer.

Except...the face on the CCTV footage? It's the face of the man who killed my daughter.

And that's just the beginning of the trouble I'm about to get into.

"A huge amount of fun." (SciFiNow)

What listeners say about Poison City

Really enjoyed this one. Along the lines of The Streets of London but set in Durban in South Africa. I don't know much about the country and the book gives a good sense of place. A very different dog companion to the loveable Irish Wolfhound in the Iron Druid books but he grew on me hugely. Exciting story and sets the scene for the next book. Looking forward to it.

this audio book was really good, one of very few I actually wanted to get to the end of just to find out what happens. an original idea, delivered with passion and at the right pace... Would I listen to another book by this author? absolutely!

I thought the performance was brilliant--the voices and tone were brilliant and it was almost enough to save the book, but not quite.

There are few books I find that I've gotten so bored with that I can't actually wait until it's over; sadly this was one of them. I was hoping for a more nuanced mystery with magic thrown in; instead this delivered a loosely held together thriller that wasn't really that thrilling. It did have some moments--the exposition on religion was actually quite interesting. I found the characters unsympathetic and found myself getting bored as they were thrown in a seemingly endless series of life-threatening and yawn-inducing situations.

Like other reviewers I felt this was very similar to the Rivers of London books but with more swearing and violence.
The narration was excellent and I really hope there will be a sequel

Full marks for the narrator

I’m pretty quick to moan about narrators I don’t like or who mispronounce common words but praise is due to Peter Noble who doesn’t just read this book but performs it.

I really enjoyed this book. As other reviewers have said, very like Rivers of London, maybe a little darker but the feel is similar.
As entertaining story that draws you in - I wanted to know how it ends, and will be looking out for the next in the series.
The narration is good, I enjoyed the voices. All round a great listen!

one of the best urban magical police stories for a while. A more gritty Rivers of London but in South Africa .

Slow start but revs up

I didn't think much of this book when I first started it and ended up 'putting it down' for a while. However when I went back to it I found it far more interesting. I wouldn't have said there was much resemblance to Harry Potter other than a wand but there was some good magic and the villains were great.

Definitely got hooked with the story that ran through god's and zombies, angels and vampires, throw in a bit if interdepartmental politics. Good fun will def get the sequel

an interesting idea, but a cluttered execution. magic tattoos, wands and wayer bending. pick one.