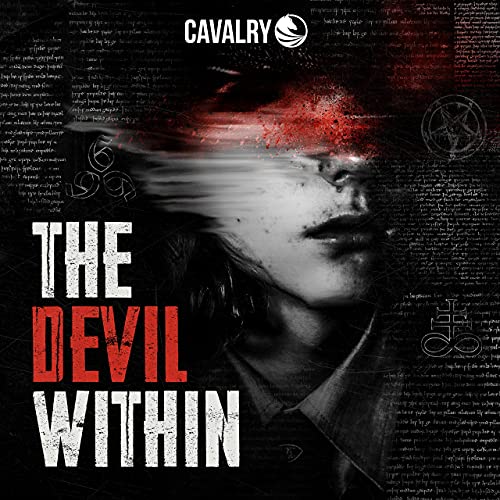 What listeners say about The Devil Within

Enough innocent people have been hurt by Satanic Panic. This is inflammatory and meant to frighten the gullible.

Fiction that bills itself fact

it calls itself true crime but its about as true as stories that are 'inspired' by true events. the production quality is good, which is sad to see wasted on such garbage. This is a work of fiction for the religious right and nothing more.

Absolutely infuriating that they are passing this off as a true crime podcast. Episode 1 is the only episode that isn’t almost complete nonsense. What’s worse - the nonsense is that the Devil made him do it. Really?! If they didn’t advertise this as true crime, it would be fine but it’s a huge disappointment if you were hoping for actual insights. Skip it.

If the host wanted to create a fiction story he should have taken his wild speculation and written a story about demon possession. I find it very distasteful to create such a story with absolutely no evidence to back it up.

I originally thought that the podcast would eventually get back to reality but it never does. The host has taken a tragic story and fantasized a fiction plot on top of it. The assumptions needed to believe that are astounding. If I want to listen to podcasts about the Jersey devil or haunted roads I can listen to a paranormal podcast that knows what it's discussing. I sincerely hope there is no second season

I agree with all of the other reviews (except a bizarre review by Kelsey Dawn Scott who wrote that this was written for the "Religious Right". Huh?)

70% of this podcast was "filler' material designed to have more time to sell ads. This event would make a great true crime podcast for someone who can deeply research the event. This podcast gets simple things wrong such as the age of the younger brother who was 10 at the time of the crime, not 8.

About the murder itself I find two very strange things. First, the father's statement to the police was that upon hearing a smoke alarm he realized his wife was not in bed, he then checked his oldest son's room, and he was not there. He then checked his youngest son's bedroom and saw him there. He then goes downstairs and finds some books smoldering on the floor of the bedroom. He states he was so concerned that he would be unable to put out the fire by himself, he left the house and ran across the street to get help at the neighbor's house. What? He leaves his 10-year-old son upstairs in bed with a fire burning in the house? In another version of his statement he states that just as he came to the bottom of the stairs he heard the front door close. He runs to the front door and sees that his car has been backed out to the end of the driveway at an awkward angle. The accepted facts are that his son (the murderer) tried to escape with the vehicle but crashed into the snow bank and abandoned the vehicle. Think of it. He arrives at the bottom of the stairs and hears the front door slam. He then runs to the front door. Let's assume this takes no more than 10 seconds. Are we supposed to believe that the 14 year old son just ran out the front door, opened the car door, placed the key in the ignition, started the engine and backed out the car to the end of the driveway, crashed the car and got out of the car and ran off all in less then 10 seconds? Not possible!

The second strange is that 14 year old murderer first attempted to kill himself by slashing his wrists so deeply that they were almost hanging off his arms. Having missed the main artery (I don't know how you do that) he then takes his pocked knife and slits his throat from ear to ear almost decapitating himself. Give me a break!

This podcast is a completely fantasized account of a real crime where the author makes insane jumps on motive, feelings, and thoughts of people long dead. It does everyone in the story a disservice.

I kept waiting for the podcast to turn to reality. Listened all the way through the end and when it never did (with rare moments based in fact) it ended with me completely disgusted. Pure imagination and pretending to know the unknowable. Zero skepticism was used and instead ran with satanic panic paranoia as if true. Deeply disappointing if you at all are interested in true crime. Had it been told as a fiction from the start and intentionally been a demon ghost story I would not be so angry.

It will say: "a false, absurd, or distorted representation of something" with a link to this podcast. The writer seems to base his assertions more on imagination (not untainted by anti-Catholic bias) and hearsay than an examination of the facts. What are these facts? Well, who knows? Not our author. But he's convinced they are so horrific that anyone who finds out too much is driven to suicide. Or a nunnery. Or even a o'er hasty remarriage and move to Florida. But lack of actual information is no impediment because he's got something to say about satanism (or is it paganism?), demonic possession (and some kind of cover-up about an exorcism that the Catholic church *didn't* perform), and the Jersey Devil. Not to mention conversations and internal thought processes to invent. And what if Robert Frost was writing "Stopping by Woods on a Snowy Evening" in the persona of a murderer who has just hidden a body? that would be cool, huh?
The real question is why I listened to every episode. Part of it was just pure "I hate this so much; what else will this guy throw out there" (like an "ancient" castle built to harness supernatural powers in 1905 New Jersey). The other part of it was wanting to know more about the real family at the heart of this tragedy. I just hope the surviving members are ok and never ever listen to this.

I am halfway through this, but had to stop and review. The creator of this podcast is so grossly ignorant of Catholicism, Catholic education, and teen psychology that it makes this hard to listen to. There’s an obvious anti-Catholic bias. He makes it sound like teaching world religions is an unusual thing. Every Catholic high school teaches world religions. He also dramatizes how frequently the church talks about the antichrist which is not a major focus in Catholic education at all. So many things that he states as fact are flat out incorrect. I guess Dungeons and Dragons is also going to be blamed for turning this kid into a satanist. This is so poorly researched compared to other Wondery podcasts that I’ve listened to.