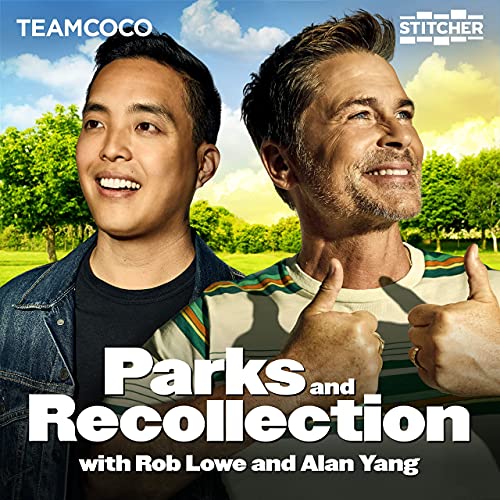 Featured Article: Go Behind the Scenes of the Small Screen with These Television Tell-Alls


Nothing quite compares to a night in with your couch, a bowl of popcorn, and a fresh season of your favorite show. But what if you just can’t decide what to watch? We’ve all spent literal hours scrolling through our watchlists or recommended carousels, going glassy-eyed at the thousands of options available—before turning on that same familiar sitcom or dependable drama. Look no further for something new and different that's also sure to satisfy.

What listeners say about Parks and Recollection

A MUST for any fan of Parks & Recreation

Love the insight and background on this great series! Great mix of behind the scenes stuff from both the writers and the actors. Especially enjoy the occasional guests who offer their unique perspective on the show. Love it!

The best one yet

This had me cracking up in my car. Flew by and I wish it was longer but just a really fun listen

Welcome back to Pawnee!

These two make the perfect duo to go back and explore each and every episode of the series. If you can't get enough of Parks and Rec, this podcast is for you!

I love hearing these two reminisce about one of my FAVORITE SHOWS EVER!! It’s very well done so far! Hoping they go the distance and do the whole series!!