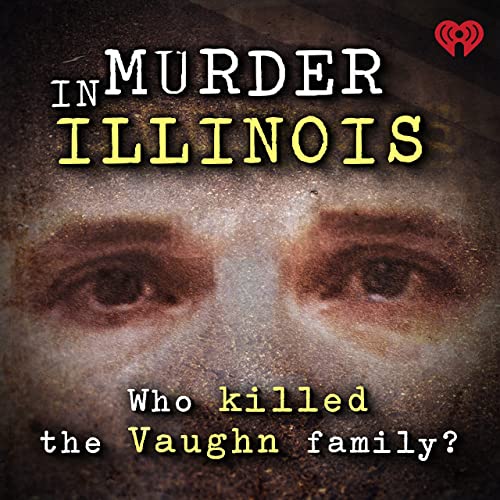 What listeners say about Murder in Illinois

This podcast hasn’t done anything to convince me that the jury who convicted Chris Vaughn got it wrong but it has convinced me his family is full of selfish, heartless people capable of raising a sociopath. Go look up the actual evidence of the case and decide for yourself. If you enjoy in laws snickering about petty differences, horrible reporting, music and editing than this podcast is for you.

The primary purpose of this podcast seems to be as a vehicle for the Vaughn family to shame Kim and air petty grievances. The amount of personal attacks on her character are astounding and completely irrelevant to explaining the scope of the case. When they presented an exotic dancer as an expert witness on marriage, I tapped out.

The opposite of journalism

This podcast could have been great if it had relied on evidence and research instead of gossip about a dead mom from her parents in law. 9 episodes in, still not one shred of compelling evidence yet we know a lot about a dead woman and her history of migraine treatment that her in laws believe made her kill her three kids. The host even had a “specialist” diagnose a woman who was not her patient, and we are expected to take it as is. The family of Chris Vaughn is given a free pass to slender the victim without any insight from the podcast host. Does it mean she sees nothing wrong with their statements?? YIKES!

The problem with this story is that it is one-sided. once Kimberly side declined to do this story, I would have canceled this idea. This story does not leave me thinking any different then when I started listening to it. Other then finding Chris family annoying. Only finished it because I started it.

This podcast brings zero facts or evidence to the case. It is nothing but victim shaming and one sided pettiness.

The parents of Chris are horrible petty people. Don't waste your time. I started this not knowing much about the case. Now I just cannot stand the family of Chris and they are horrible people. I believe now Chris is guilty. Horrible podcast

The awful host starts the show talking about the look of Chris' eyes in his mugshot. Should have known from there this was not going to be a evidence based podcast. Instead it focuses on the suspects family bashing the victim. It's gross. The host and producers should be embarrassed and ashamed. 6 episodes in and they have barely talked about the actual evidence in the case. Absolutely trash podcast. Waste of time.

what a hot mess

so far very biased one sided..maybe last episodes will turn it around and be objective

This is by no means an objective podcast. From episode one to the last all we get is the host propping up Chris Vaughn as someone who is an innocent choir boy without anything to counter-balance that. Just interview after interview of family members of Chris Vaughn saying how wronged by the police, by the legal system, by his wife's family.... Utterly disgusting. I kept thinking it was going to change as each episode played out but it never did. Victim shaming doesn't even begin to describe this dreck of a podcast. Skip this one, it's not worth it.

it's well-produced but very one-sided and depicts a family in denial. maybe going forward it will be more fair but I am doubtful