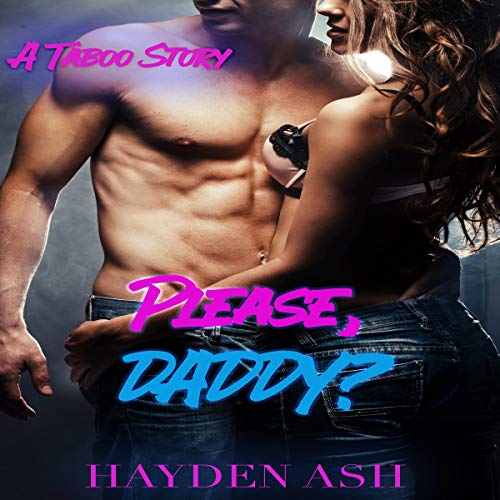 I think about Christian. And, I think about the time that we met - when I showed up at his front door with nothing but a huge duffle bag over my narrow shoulder, about to tip over because it was so heavy. And, I remember his eyes, such a deep blue, and such a contrast to his fierce, black hair. He towered me over that day and looked down at me - already protecting me with his mere presence.

And, I recall feeling so weak in the knees, because here was this guy who looks like one of those Ancient sculptures of a Greek God, smelling incredible, and a smile that’s just so ravishing that I felt like I might faint. He grabbed my hip. He held it powerfully in his tremendous grip and never broke eye contact with me. Then, out of nervousness, I took his hand off of me, and I’ve regretted it every minute of every day since then.

Nicely done short story, quite hot. The narrator does a good job with the voices, both male and female. She needs to work on her French a bit, or at least how to pronounce Sauvignon Blanc.

I received a free review copy of this book through StoryOrigin, in exchange for an honest review.

Before I continue let me say, I recieved this audiobook free for my honest review.

I like Hayden Ash. She believes in giving a little background and then getting straight to the point of the matter. I also like that she gives you a epilogue. I liked the narrator, Brooke Chambers, too. She made an effort to bring the characters to life.

She REALLY wants to go

So this girl really wants to go on the class trip to Hawaiian Paradise, will she miss the trip, or manipulate the situation to get everyone what they want? Quick and sexy.

I love listening to these short stories while at work instead of music. This was short but really good.

I love listening to these quick reads on my drive to and from work! They keep me relaxed even if they steam up my windows during my drive!

As taboo stories go, this is one of Hayden's tamer ones. Lorelei's guardian is taken for a spin that they both enjoy. The narration is enjoyable. I'm voluntarily reviewing a free copy of this audiobook.

this was a quick read between an older man, younger woman. i would definitely listen to another audible by this author.

This audio was ok the storyline was very fast and very steamy ...... I thought there could be more to the story but the audio was good by the narrator

I absolutely loved listening to Please, Daddy? by Hayden Ash. This is a very hot and sexy book. There is a decent plot and characters, and lots of sex.

The girl is 18 in this story and in my opinion sounds a little too much like a “dumb blond” for my liking. I can see their physical attraction but not being in love. I did like the fact that he was not actually her father in any way. Narrator did a great job with their voices.