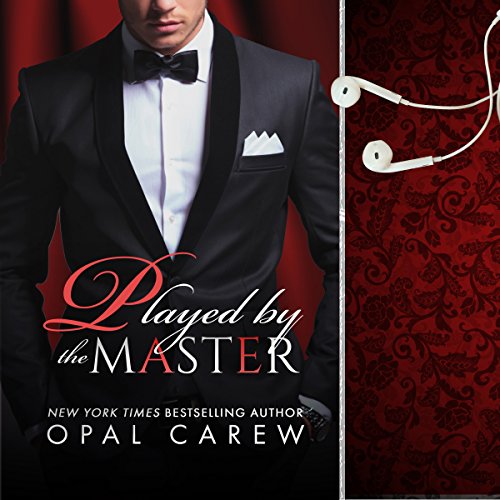 Played by the Master

By: Opal Carew
Narrated by: William Martin
Try for $0.00

Jacqueline Bell desperately wants to help her sister out of a jam. But to do that, she has to find a way to talk to billionaire entrepreneur Race Danner, and have him drop the charges against her brother-in-law. She discovers he holds an exclusive poker game once a week and finds a way in.

Race Danner is bored with his life, despite his wealth and extreme hobbies. He doesn't know exactly what he's looking for, but he'll know it when he sees it. When Jacqueline Bell walks into his life, he knows she's it. She wants something from him. And he wants her. A combination made in heaven. In a delicious game of cat and mouse, he will leverage his advantage to lure her into his game. And he fully intends to win.

Warning: This story has domination, submission, bondage, punishment, and a lot of other fun things, plus explicit, wild sexual encounters. After all, if you're going to play, play hard!

What listeners say about Played by the Master

Jackie had to try to help her sister. But to do that, she would have to play by Race's rules. She was scared but he knew what and how to help her soar into the heavens. She was already half in love with him. She decided she was not going to ask him for her favor. She didn't want to ruin what ever they had between them. He had already granted her request without her having to ask. He had found a natural submissive in a beautiful body, inside and out. I love to listen to this narrator. I thrill to his voice.

Ok storie ok characters. This story
Has been told but the narration really sells this one.
Great narration.

kept my attention through the whole book. very exciting and sexy. would listen again. awesome

Asking a favour from her brother-in-law boss was why she wanted to get into the Poker game. She never got that far as the big boss himself escorted her to his suite in the hotel so they could talk privately. The Boss could tell she wanted something important to her from him, so he Played her. Lovely interesting Theme which ended in bliss.