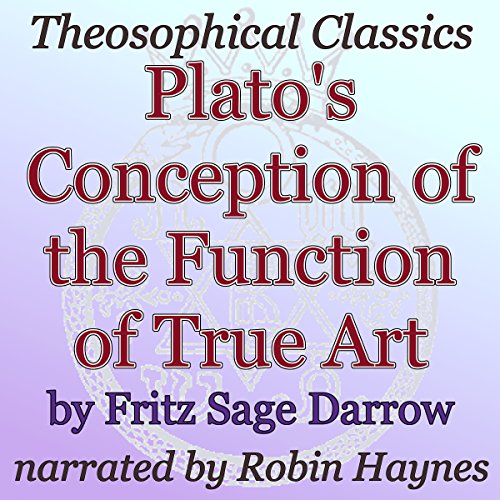 Plato's Conception of the Function of True Art: Theosophical Classics

Plato's Conception of the Function of True Art: Theosophical Classics

Darrow was a professor at Harvard, a prominent theosophist, and the author of numerous works on philosophy. In this piece he examines primarily the Republic, from a theosophical standpoint, in an attempt to show that many scholars have misinterpreted Plato's relationship with the arts. Darrow states that Plato's belief was that the only true art is a life well lived, with the ultimate aim being to create a heaven on Earth.