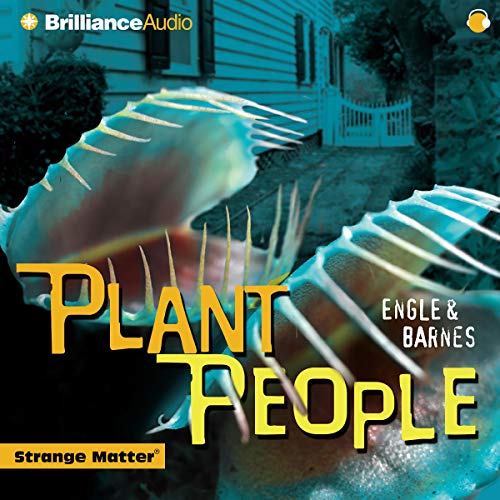 By: Engle,Barnes
Narrated by: full cast
Free with a 30-day trial

Something strange is moving into the house behind Rachel Pearson's - and only she knows it.

While exploring the vacant house, Rachel comes across some weird looking plants. They are large, green shells that have blossomed...letting whatever was inside them out.

Two months later, the Smith family moves into the empty house. They're very odd people. Not only do Mr. and Mrs. Smith and their two weird children, Jane and Richard, look unsettling, they act strange as well. Jane seems to have a taste for bugs, while Richard disappears late at night with a shovel in hand, only to return early the next morning. It's made Rachel very suspicious.

But soon that suspicion turns to fear when strange things happen to those who come into contact with the Smiths. Kids get sick. Parents disappear. And plants come to life. Now no one's left to believe Rachel.

Except for the Smiths....

More chills? Scare yourself silly with other titles in the Strange Matter series.
©1996 Engle and Barnes (P)2007 Brilliance Audio, Inc.

What listeners say about Plant People

just as good as when I listened during my youth. I adore the series and I was lucky enough to have had a mother that worked at Brilliance while I was growing up. Sadly they had to update the end credits which I understand but the original was always a comfort. haha.