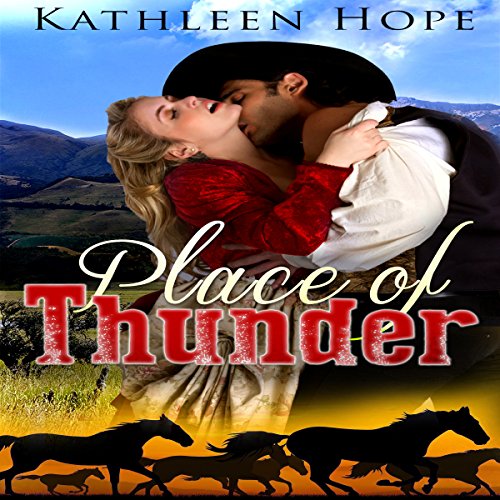 In 1885, Daisy Mary Fields lives with her parents and four sisters on Thunder Ranch in the Arizona Territory, right outside the gates of Fort Huachuca - the regimental headquarters of the US Army Fourth Cavalry.

When Captain Brian Andrews comes to Thunder Ranch to buy horses, he is shown the thoroughbred remounts that Daisy's father raises in hopes of providing faster and stronger horses for the soldiers.

Though the army isn't convinced that the blood of fragile, hot-headed racehorses is what the cavalry needs, Daisy is swept away by the handsome young captain from the start - though the first time she sees him, she's wearing men's clothes and he takes her for a teenage boy.

To prove their worth and save the ranch, it falls to Daisy to ride one of the ranch's thoroughbred stallions in a race against the tough little mustang cavalry horses. But she'll have to ride against Captain Andrews, who does not want to marry a woman who would compete with him. Daisy can only maintain her boy's disguise and hope he doesn't find out.

The fate of Thunder Ranch all rides on one four-mile race through the Arizona mountains.

I got this book via audiobook boom. The story started with a wild ride from Confederate soldiers and the death of one brother because his horse was not fast enough and ends with the other brother who has five daughters selling uniquely bred Quarter horses to the army after the oldest daughter who dresses as a boy most time winning the race and the heart of the army captain. Sweet, quick listen. The narrator was okay.

Historical isn't my favorite, but I am a fan of this author. I am glad I took a chance.

The connection you feel for Daisy’s father and why he breeds the best horses for the army, well it will break your heart a little.

Daisy and Captain Brian well they just make you want to have all the feels. I found myself rooting for Daisy, she didn't want to be in the position she was in but she did what needed to be done.

Sometimes you just have to prove yourself even if you don’t want to.

The narration was ok but I found it to crisp, I did enjoy the different voices the narrator used though.

*Given for Honest Review*
*You don't have to like my review but its 100% my opinion, and I am allowed to have it.*

one.
Though this book seems to be categorised as an historical romance, there isn't any real romancing in it at all. One gets the idea of attraction but not of love.
Besides this, it's a very quick read or listen and quite smooth. The narration was also quite good.
I was provided this audiobook at no charge and this is my unbiased review.