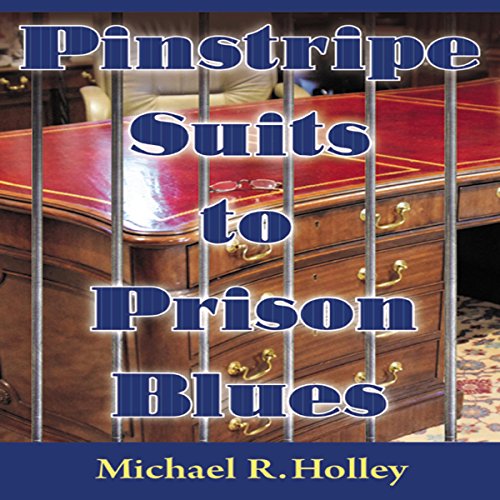 This is the story of an entrepreneur, from humble beginning as a deck hand (laborer) on a fishing boat to ship's Captain, living his dream of being at sea after landing this dream job at the young age of 19. But that was not to be his destiny. By chance, a newspaper advertisement for a car salesman was about to change his life forever. He worked his way from car salesman on the showroom floor to ultimately building and owning his own business empire. He made impossible deals, built a business, and eventually became one of the largest Chevrolet dealers in the United States, just to see it all crumble in 2008 and land him in prison. He was sent to prison for money he did not steal, nonetheless having made bad business decisions that lead to his losses and incarceration. This is the untold inside story of state prison life from a white collar inmate who had never been in trouble with the law. This story includes fishing-boat tales, car salesman stories, accounts of the growth and collapse of a business empire, jail house tells, and more: the enlightenment that followed and, like a phoenix rising from the ashes, the rise and resurrection of an entrepreneur and his re-entrance into the business world. This book is his mission to share this journey with others. Follow this philanthropist, community leader, and businessman on his vocation and journey of sharing, listening, and educating, seeing and speaking to those that wish to grow, overcome, succeed, and be all they were intended to be, the entrepreneurship you thought was only a dream. All the while teaching the lessons learned, mistakes made, and how to reemerge a better yet stronger person with faith, family, and friends. This book will give you a new insight into those deserving of a second chance. We all make mistakes, have losses in life, even tragedy happen to ourselves and loved ones; you can and must learn, while understanding those mistakes or tragedies were stepping stones in this journey we call life. Enjoy this audiobook!

This story was written with humility, humor, gratitude and love. The writer's voice burst through the narrative. I am not referring to his speaking voice, though I am glad he chose to tell his story using his actual speaking voice. No, what I mean is, I felt like I was there with him through the whole experience. He grabs your attention and doesn't let go. I am inspired by his intrepid spirit and I'm humbled by his ability to seize every opportunity to be grateful for his experiences and the people who influenced his life. Michael, please make another audio book. Your "Dr. Phil" voice made this book even better. And thank you for writing your story.

A true understanding of the car business

What made the experience of listening to Pinstripe Suits to Prison Blues the most enjoyable?

It was a true story that tells all about the car business. It also show how good friendship can out last everything

Mike Holley had gone from a car salesman to an owner of a dealerships which is every car sales person dream. These days only dealers sons get that dream.