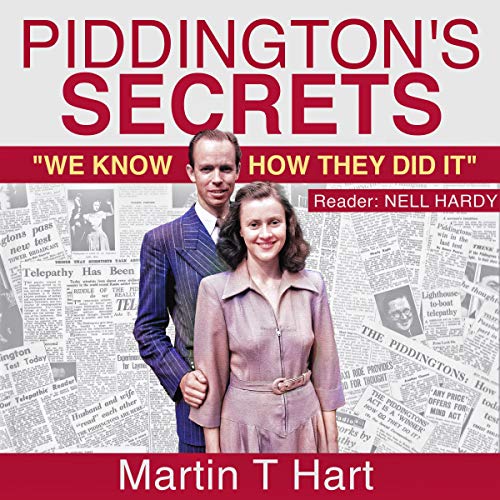 How did a husband and wife telepathy act fake the ability to read minds and send thought-messages, without a word ever being spoken?

Piddington's Secrets - We know how they did it! Designated five stars through its reviews across the world.

Finally, the unfathomable mystery behind the world's most baffling telepathy act is revealed after 70 years of silence. Martin T Hart takes us on a fascinating and detailed journey into the lives of 'The Amazing Piddingtons and the cunning methods that fooled a global generation.

To this day, no magician or scientist has ever discovered how Sydney was able to transmit his thoughts to his wife Lesley without talking, while blindfolded and at any distance. Includes witness evidence and testimony from those who worked behind the scenes.

This is more than just a book. This reveal is an "event" in the history of world magic! ThePiddingtons.com

What listeners say about Piddington's Secrets