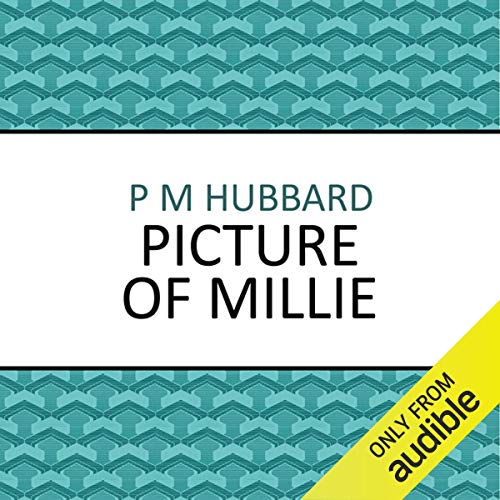 Millie Trent, the toast - or scandal, according to some points of view - of a West Country sailing resort, is found drowned. The verdict is accidental death, although no one seems to know when or why she ended up in the sea. Paul Mycroft, despite his determination not to let the affair spoil his family holiday, finds himself drawn into an enquiry that begins by providing a startling diversity of views on Millie's character and ends by involving him in unexpected danger.

What listeners say about Picture of Millie

Dominic Mafham is an excellent narrator, more books please, his use of different accents paint a great story

Where does Picture of Millie rank among all the audiobooks you’ve listened to so far?

This was a good 'period piece' thriller. It built up a very convincing picture of a certain middle class crowd in a sleepy seaside resort just after the last war. The pace is slow, so be warned, but it did do a very good job of revealing just how odd and dysfunctional some of the apparently ordinary holiday makers were, once the narrator scratches the surface.

I don't want to be rude, but I haven't really chosen a 'favourite character' in a novel since I was about 12!. My opinion of the characterisation was that it was surprisingly subtle for this kind of book, and yes, I suppose, the narrator and his family were sympathetic. This wasn't one for fans of gritty realism; no shocks here!

What aspect of Dominic Mafham’s performance might you have changed?

It was a bit too even and he didn't distinguish between the male and female voices enough. Some narrators go too far down the 'funny voices' path, but I found the dialogue between the narrator and his wife in the first chapters quite hard to follow.

No, it was very good bedtime listening, using the sleep timer.

I'm going to read a couple more of these, I think

The Mycroft family arrive at their holiday destination, a coastal resort where the main interest is dinghy sailing, to find that the topic on everyone's mind was the disappearance of Millie, a pretty flirty woman, old enough to know better. Paul Mycroft is determined that the family holiday should not be spoilt but the discovery, by his children, of Millie's body, in the sea when foul play has to be suspected, puts an end to that. Millie had caused several marital upsets and quite a few people had good reason to be uncomfortable when her death was investigated. A satifactorily comfortable who-dun-it, well narrated, and with a twist which I did not foresee.