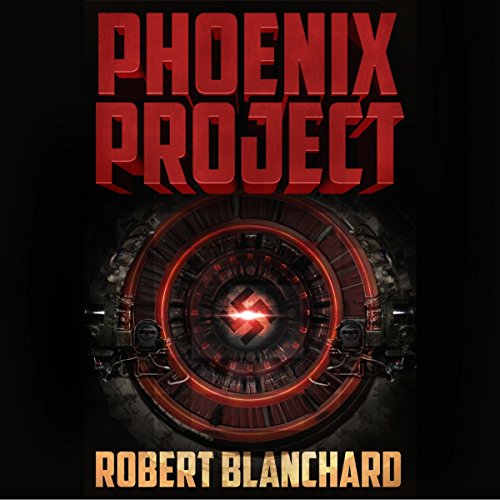 When Lt. Commander Max DuMonde, a US Navy test pilot recovering from injuries on a hospital ship, receives a strange parcel addressed to him from Paris, he doesn't know what to think. Inside are an unmarked set of keys, a photo album, and, strangest of all, news that his father--previously thought KIA (killed in action) in Vietnam--has just died.

With the package in hand and a lifetime's worth of questions in need of answering, Max travels to Europe. But the closer he gets to unraveling the mystery of his family history, the more he becomes entangled in the endgame of an international plot known simply as Phoenix Project--a secret World War II experiment designed to bring back the purest evil known to man...the Third Reich.

Reminiscent of the novels of Matthew Reilly, Phoenix Project is a high-octane action-adventure/sci-fi story that will keep the bodies piling and your blood pumping.

The author clearly has done extensive research into Nazi scientific history, and this was interesting. That said, the format and execution of this mess left alot to be desired.

Lose the French woman's ongoing insertion into the story. Goofy.

Was Phoenix Project worth the listening time?

Don't waste your credit. I did, and it wasn't worth it.

Very intertaining, had me on the edge of my seat the whole time, could not stop listening!