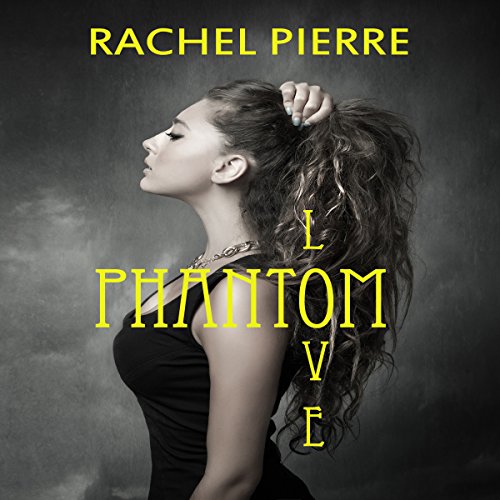 They called him "The Phantom".

He would appear in church, sit in the back pew, and then mysteriously disappear. Each of the young women in the ministry wanted to know who he was because he was so damn handsome and mysterious.

Abby thought he was out of her league. Until a dare from her teasing girlfriends forces her to introduce herself to him.

And she finds him quite charming, to say the least.

A mystery man who disappears for days at a time, drives a Bugatti, and speaks French. Not to mention the fact that he was devastatingly handsome. Abby soon becomes the envy of all the women in the church as she begins dating the mercurial stranger. He is everything she wants in a man as he helps her grow spiritually and intellectually. She has never been treated with more tenderness and respect in all her life.

But there is something about him that Abby can't put her finger on. A sad event from his past that has traumatized his spirit. Something that is holding back his growing feelings for her.

Can she heal his soul and keep his love?

What listeners say about Phantom Love

Overall, the fact that the Phantom didn't turn out to be some kind of international spy was a bit of a let down. It sort of seemed like there was an unnecessary build-up of drama surrounding his entire character.

What was most disappointing about Rachel Pierre’s story?

Unfortunately, there really isn't much of a plot. The whole book is basically a build-up to Abby and the Phantom having sex. He wants it to be special, while she just wants to rip off his clothing as soon as possible. The rest of the novel just focuses on them dating, and dealing with nosey church gossips.

Which character – as performed by D Gaunt – was your favorite?

While the male voices in the audio book were a bit too deep for my taste, I must say that D. Gaunt did a damn fine job with the female voices. She was able to inject enough personality by changing up the inflections of the characters, and it added another level of humor to some of the church ladies.

Personally, I thought it was pretty ridiculous that she quickly enters into a serious, committed relationship with this guy, and she doesn't even know his name. I mean, I could maybe understand not knowing his profession, as it adds a certain sexy measure of mystery to their relationship. Sure, there's the whole "what's in a name" bull crap, but if you don't know the guy's name how are you supposed to know what to scream out in the throes of passion? Riddle me this!

This book is boring and the narrator was also boring. Not that she had much to work with.

A light romance with wonderful narration

* I received a free copy of this audiobook in exchange for an honest review.

Abigail leads a quiet, predictable life. She spends most of her time either at church or on duty as a nurse at an inner city emergency room as a nurse.

Her boyfriend of two years recently broke up with her and she should be devastated, but instead she is relieved.

At her church she notices a new member. He is older than her and he is absolutely gorgeous. No one seems to know his name and Abby and her friends refer to him as "The Phantom".

Abby is the shy one in her group of friends, but on a dare she introduces herself to Phantom.

Sparks fly and soon the two of them are dating. In fact, Phantom is good for Abby. He helps her start to realize that she is beautiful and that she deserves to be happy.

Phantom, however, remains an enigma to Abby. He seems happy but every once in a while Abby catches him with a devastatingly sad expression on his face. There is something in his past that still hurts him, but he won't talk about it.

After many weeks of dating Abby starts to wonder where he goes and what he does. He disappears for days at a time and she has no idea what he is doing when he's gone. In fact, she still doesn't even know his real name.

Is there any chance for a long term future for Abby and Phantom?

This audiobook is only just over three hours in length which makes it a quick and easy listen. Despite it's short length there is a lot going on.

Abby is a character that listeners will want to hug and slap in equal measures. Her lack of self esteem is frustrating but it is the fact that after being together for many weeks, Abby still does not know Phantom's real name that makes the listener want to shake her and ask her what the heck she is thinking.

The scene that troubled me the most occurred when Phantom took Abby and a friend clothes shopping. At this point she still doesn't know his real name or what he does for a living. However, Phantom hands a credit card to Abby and tells her to buy whatever she wants. After the shopping spree she still doesn't know his name. Forgive me if I'm wrong, but don't all credit cards have the name of the cardholder printed on the card? I have a hard time believing that she had his credit card in her hand and did not look at it to find out his name. And, I highly doubt the card said "The Phantom" on it.

I also found it frankly unbelievable that any woman would continue to date a guy for weeks and months without finding out his name. No one is that patient. Also, I find it extremely difficult to believe that any woman would put up with his constant disappearing acts and not knowing what he does for a living.

I know people will probably respond to my reasoning by saying that PHANTOM LOVE is a work of fiction. I know it is fiction, and that, by definition, it isn't real. But I like books better when they come across as realistic (unless it is specifically from the fantasy or science fiction genre).

Narrator D. Gaunt does a good job of portraying emotion throughout the book. She also has a talent for pacing and inflection. I rate the narration as 5 out of 5 stars.

Overall I rate this audiobook as 3.5 out of 5 stars. This audiobook would be a good one to listen to o n the beach or on a plane ride.