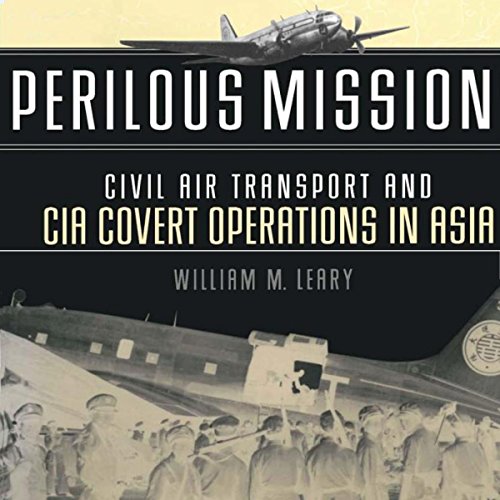 Civil Air Transport (CAT), founded in China after World War II by Claire Chennault and Whiting Willauer, was initially a commercial carrier specializing in air freight. Its role quickly changed as CAT became first a paramilitary adjunct of the Nationalist Chinese Air Force, then the CIA's secret "air force" in Korea, then "the most shot-at airline in the world" in French Indochina, and eventually becoming reorganized as Air America at the height of the Vietnam War. William M. Leary's detailed operational history of CAT sets the story in the perspective of Asian and Cold War geopolitics and shows how CAT allowed the CIA to operate with a level of flexibility and secrecy that it would not have attained through normal military or commercial air transportation.